Xiaomi Redmi 6A, Redmi 6, and Redmi 6 Pro are now available in open sale on Flipkart 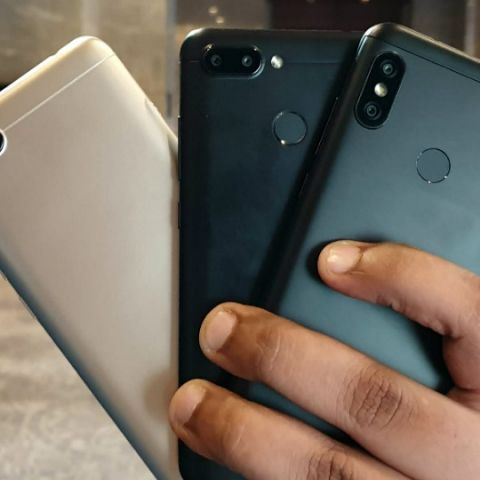 The successors of the Xiaomi Redmi 5 series smartphones, the Xiaomi Redmi 6A, Redmi 6, and Redmi 6 Pro are now available in an open sale on Flipkart. The e-commerce platform has updated the cover page, clearly mentioning the development. The smartphones were launched in September. The Redmi 6A and the Redmi 6 smartphones are available in Black, Gold, Rose Gold and Blue colour variants. There is a 2GB RAM/16GB storage variant and a 2GB RAM/32GB storage variant of the phone. The Redmi 6 comes in two variants: one with 3GB RAM/32GB of internal storage and other 3GB RAM/64GB storage. The Redmi 6 Pro will ship in Red, Blue, Gold and Black colours in two variants - a 3GB RAM/32GB storage and a 4GB RAM/64GB storage.

The Redmi 6A features a metallic finish on the rear panel and is powered by a 12nm quad-core Helio A22 processor, which is said to touch max clock speeds of up to 2.0 GHz. It features a 5.45-inch HD+ display with an 18:9 aspect ratio. Coming to optics, the smartphone features a 13P single sensor with Phase Detection Autofocus and Electronic Image Stabilisation (EIS). On the front is a 5MP sensor with AI portrait and AI Beautify mode. The smartphone features AI Face Unlock and supports unlocking via a Mi Band as well. It features dual VoLTE with dual standby and 2+1 card slots. It runs on MIUI 9.6, which is based on Android 8.1 Oreo. It is backed by a 3,000mAh battery that is said to deliver up to 9 hours and 25 minutes of continuous video playback.

The Redmi 6 features a 5.45-inch HD+ display with an 18:9 display aspect ratio. The smartphone is powered by a MediaTek Helio P22 Octa-Core processor, which is clocked at 2.0GHz. Xiaomi claims that the smartphone delivers up to 30 percent improved performance over its predecessor and comes with AI Face Unlock, along with a fingerprint sensor. In terms of camera, the smartphone features a 12MP + 5MP dual-rear camera setup with a 1.25µm pixel size and EIS support. The device is backed by a 3,000mAh battery that is said to deliver up to 12 hours of video playback.

Coming to the Redmi 6 Pro, the smartphone features a 5.84-inch Full HD+ ‘notch’ display with a 19:9 display aspect ratio. There is an option to hide the notch in the device’s settings. It features an aluminium build and sports a rear-mounted fingerprint sensor. The phone is powered by the Qualcomm Snapdragon 625 SoC and supports AI Face Unlock as well. The Redmi 6 Pro comes equipped with a dual rear camera setup that also supports EIS. It comes with a 12MP Sony IMX 486 primary sensor and a 5MP secondary Samsung sensor. This is the same camera configuration as the Redmi Note 5 Pro. The smartphone is powered by a 4,000mAh battery that is said to deliver up to 16.5 hours of video playback.