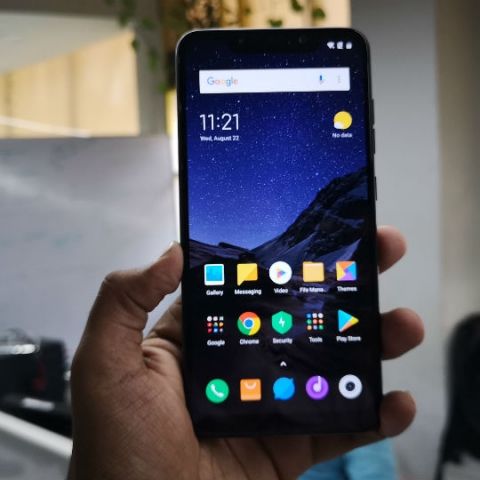 In the single-core Geekbench benchmarking test, the handset scored 2321 points and in the multi-core test, it scored 7564.

Xiaomi Poco F1 was one of the most appealing smartphones of 2018 because it offered flagship specs at a mid-range smartphone price point. It seems that riding the success of the smartphone, Xiaomi’s sub-brand is planning to launch the second edition of the smartphone. A smartphone labelled as “Xiaomi POCO F2” has been spotted on Geekbench. As suggested by the name, this smartphone could be the successor to the Poco F1.

The Geekbench listing has revealed some key information about Poco F2’s CPU, RAM and OS. The listing shows the Poco F2 is powered by Qualcomm Snapdragon 845 chipset coupled with 6GB RAM. The Poco F1 also features the same configuration under the hood but the Poco F2 is seen running Android 9 Pie OS. In the single-core benchmarking test, the handset scores 2321 points and in the multi-core test, it scores 7564.

If true, the Xiaomi Poco F2 is expected to have upgrades in other departments like display, camera and battery. Recently, Poco India announced that the company had brought the armoured back panel to the 6GB RAM and 128GB storage variant of the device. The device is now available for purchase on Mi.com and Flipkart. Earlier, only the 8GB RAM + 256GB storage variant was available with the armoured back. The Poco F1 is powered by the Qualcomm Snapdragon 845 octa-core processor and sports a 6.18-inch Full HD+ IPS LCD display with a 19:9 display aspect ratio. The display is protected by a Corning Gorilla Glass and there is a notch on top which houses the earpiece and a 20MP camera, among other sensors. One of the highlights of the device is liquid cooling technology, which is claimed to keep the device temperature under check.

In the camera department, the Poco F1 has a dual camera setup at the back: The primary camera is a 12MP Sony IMX 363 lens with an f/1.8 aperture, and the secondary camera has a 5MP sensor. On the front, there is a 20MP lens that supports Pixel Binning technology. There are two speakers for delivering surround sound effect on the device's front and while one is located at the chin, the other one doubles as the earpiece. Both speakers have a Dual Smart Power Amplifier with Dirac HD Sound.