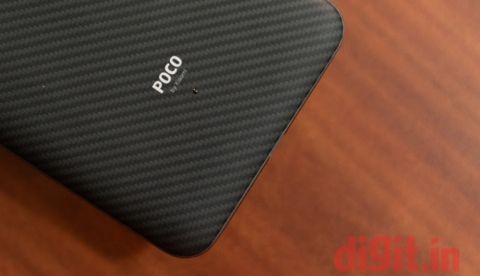 Another Pocophone is apparently on its way.

Fans of the original Xiaomi Pocophone F1, rejoice! A Xiaomi POCO F1 Lite smartphone has been spotted on Geekbench Browser, and by the looks of things, the smartphone is powered by a Qualcomm Snapdragon 660 chipset with 4GB of RAM. The listing on Geekbench’s website also states that the smartphone runs Android 9 Pie out of the box. Originally spotted by Nashville Chatter, the POCO F1 Lite listing is accompanied by the listing of another mysterious phone called Xiaomi Uranus. Though they have similar specs, we can’t say for sure yet if the two Xiaomi models are the same or two different ones.

As expected, the Geekbench Browser listing does not reveal much about the POCO F1 Lite, except that it scored 1341 on the Single-Core test and 4830 on the Multi-Core test. In comparison, the strange new Xiaomi Uranus scored a slightly lower 1329 and 4821 on the same two tests respectively. Like the POCO F1 Lite, the Uranus is powered by a Qualcomm Snapdragon 660 chipset and 4GB of RAM. It also runs Android 9 Pie out of the box. 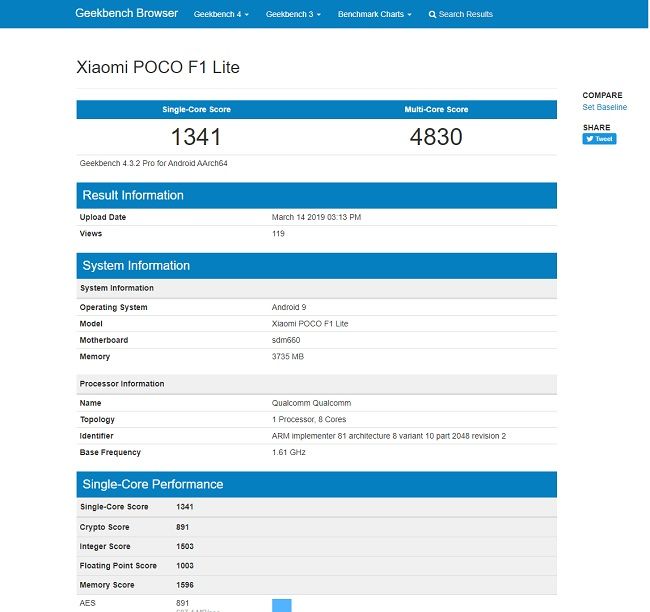 Xiaomi launched the POCO sub-brand sometime last year in an effort to roll out OnePlus-like models where performance was priority. The Xiaomi Pocophone F1 went on sale in the third quarter of last year at a starting price of Rs 20,999. It was sold as the cheapest smartphone to sport a Qualcomm Snapdragon 845 chipset, something generally seen on flagship models of major brands. If the POCO F1 Lite actually makes it to the Indian market, we can expect it to sell for a price that’s well below Rs 15,000. It could be a direct competitor to the Redmi Note 7, which is also powered by a Snapdragon 660 chipset.

While the Xiaomi Pocophone F1 ships with a 6.18-inch Full HD+ display with an IPS LCD panel, the POCO F1 Lite could sell with a smaller screen but retain the wide notch. One of the Pocophone F1’s biggest flaws was its lack of a Widevine L1 certificate, which lets users stream HD content on Netflix and other similar platforms. The certificate was later rolled out to the model but with some restrictions. With any luck, Xiaomi should correct this flaw with the POCO F1 Lite.