After its fair share of leaks, Xiaomi has launched the Mi Play smartphone in China. The smartphone is among a few that have waterdrop notch, which delivers more screen size and bigger aspect ratio. The launch also brought in several surprises crushing reports which claimed that the smartphone will come in 11 colours. The device has been launched in only one variant and it has an AI-powered virtual assistant.

The Xiaomi Mi Play will be available from December 25 in China at a price of CNY 1,099, which is roughly Rs 11,000. The smartphone comes in three colours: Black, Dreamy Blue and Twilight Gold with a gradient finish, and has a pebbly curve design. The smartphone has a support for two nano SIM cards and USB Type-C charging port. 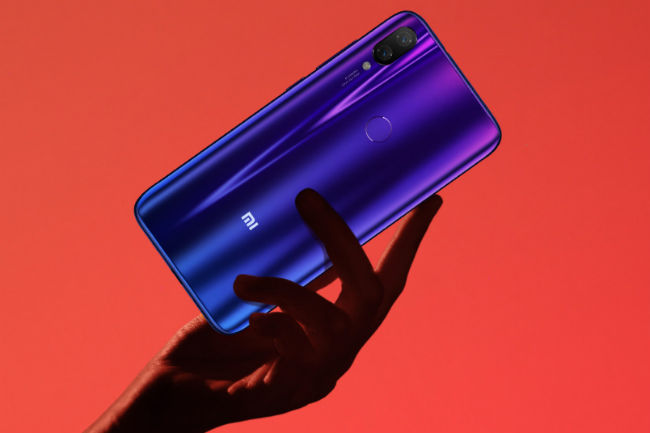 The Xiaomi Mi Play is powered by an octa-core MediaTek Helio P35 SoC, which is coupled with 4GB of LPDDR4X RAM. It has a 64GB onboard eMMC 5.1 storage which can be expanded up to 256GB via a microSD card. It sports a 5.84-inch full-HD+ display which offers a 1080x2280 pixels resolution and a 19:9 aspect ratio. The device has a fingerprint sensor on the back, a 3,000mAh battery and runs Android 8.1 Oreo-based MIUI 10.

In the camera department, Xiaomi Mi Play has an AI-powered dual-camera setup on the back, which has a 12MP primary sensor with an f/2.2 aperture and a pixel size of 1.25μm. There is a 2MP secondary sensor, and the rear camera setup comes with features like natural daytime photography, professional photography texture, among others. For selfies, Mi has incorporated an 8MP shooter. The smartphone has Dual Turbo Smart Acceleration technology and Xiao AI assistant.