The next best Xiaomi flagship. 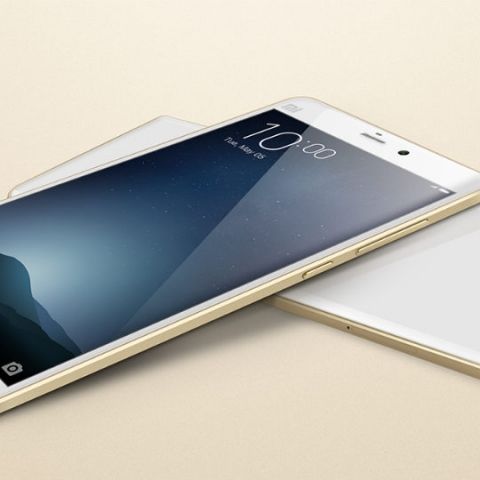 A few days back, Xiaomi co-founder Liwan Jiang confirmed that the company is building a premium flagship mobile device priced in the range of flagship smartphones. Now, a leaked specification sheet points at a Mi Note 2 Pro being under development, with flagship specifications. The Mi Note 2 Pro will reportedly be powered by a Qualcomm Snapdragon 821 SoC (which has already been confirmed in the Asus ZenFone 3 Deluxe), along with 4GB and 6GB of RAM in two variants. The Mi Note 2 Pro will use UFS 2.0 standard storage, and offer 64GB and 128GB of internal storage.

The device is expected to sport a 5.5-inch AMOLED display made by AU Optronics with screen resolution of 1080x1920 pixels, a 3700mAh battery pack, and a 12-megapixel primary camera with an f/2.0 lens. The camera may house a Sony IMX260 Exmor RS or Samsung ISOCELL S5K2L1, the same variants used by Samsung in its flagship Galaxy S7 Edge, hinting at superior imaging abilities. The camera is also expected to house four-axis image stabilisation. A front-facing fingerprint sensor should be present.

The Mi Note 2 Pro’s display should feature 500-nit display brightness. The AMOLED display is expected to be an RGB sub-pixel layout and not PenTile AMOLED, covering 96 percent of the AdobeRGB colour space. The apparent Xiaomi Mi Note 2 Pro seems to take cues from the Mi 5, like UFS 2.0 storage and four-axis image stabilisation, while upgrading on the processor and imaging optics. Liwan Jiang’s previous statement has hinted at the device being priced at around 4,000 Yuan (approx. Rs. 40,000), which, combined with the leaked specifications, falls in line with rumours of this smartphone being a flagship product.

Xiaomi has also been rumoured to be working on an upgraded version of the Mi 5, reportedly called the Mi 5s. The device has been touted to house a dual-rear camera setup, and may also be up for launch in near future. The Xiaomi Mi Note 2 Pro may be launched some time in August 2016, but it will be somewhat improbable for Xiaomi to launch two flagship products at around the same time.

It will be interesting if Xiaomi launches either, or both these devices in India, as its present flagship, the Mi 5, has been overshadowed by the likes of OnePlus 3 since being launched in the country. Stay tuned, for further updates.