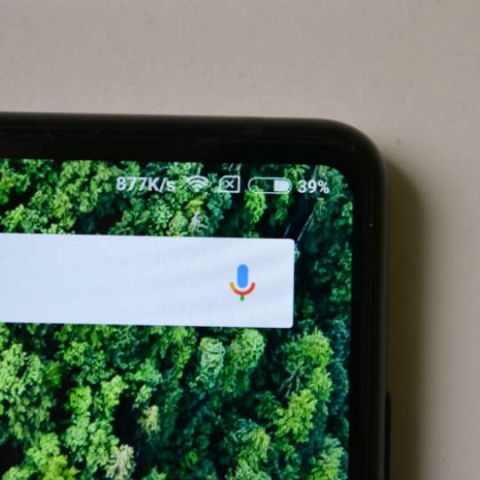 Xiaomi Mi Mix 2S is one of the most talked about smartphone in recent times. Information about the phone has been leaked multiple times and the phone was spotted again yesterday giving us another look at the already known specifications. The phone is slated to launch on March 27 as confirmed by Xiaomi on Twitter. The latest leak which is an image of the display itself showing a list of specifications gives us more details about the device and reiterates what is already known (rumored) about the upcoming phone. The list suggests that the phone is powered by Qualcomm Snapdragon 845 SoC which Xiaomi had already confirmed back during the launch of the chipset.  More recently, the company tweeted the AnTuTu scores of the Mi MIx 2S which fall in line with the capabilities of the new chipset.

The new leak also suggests that the phone will feature a 6.01-inch display with an 18:9 aspect ratio with minimal bezels. It is expected that Xiaomi might keep the resolution at 2160 x 1080p, similar to the Mi Mix 2. The rear camera is now expected to be a 16MP unit which contradicts previous leaks of the phone featuring a 12MP Sony IMX363 sensor. The new leaks also suggest that the phone may have 256GB storage and an 8GB RAM, which matches perfectly to what we know from previous rumours. 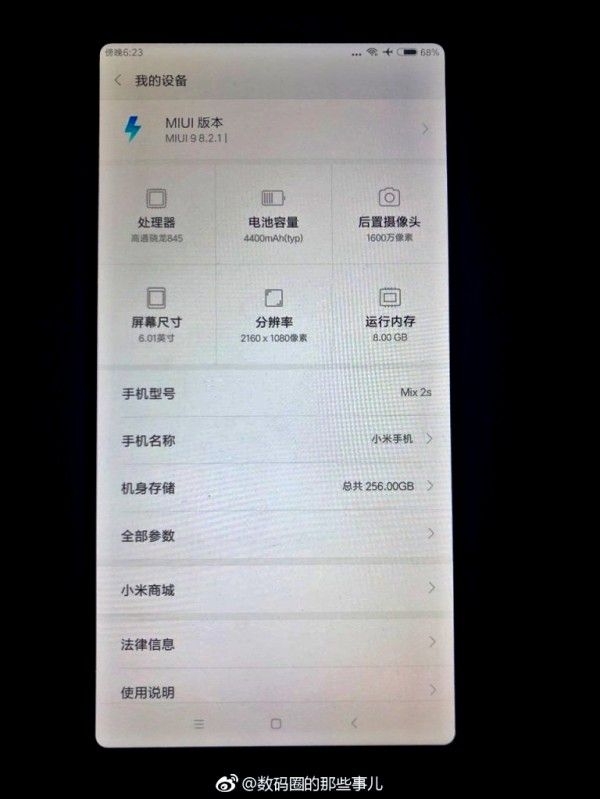 Going by the new image leak, the phone may also feature a 4400mAh battery which is larger compared to what was rumored before. The phone is likely to feature a similar design as the Mi Mix but we would have to wait for more leaks or for 27th March to know more.