Xiaomi Mi Mix 2 is the follow-up to last year's Mi Mix bezel-less smartphone and it is priced at Rs 35,999. The smartphone will be available exclusively on Flipkart from October 17. 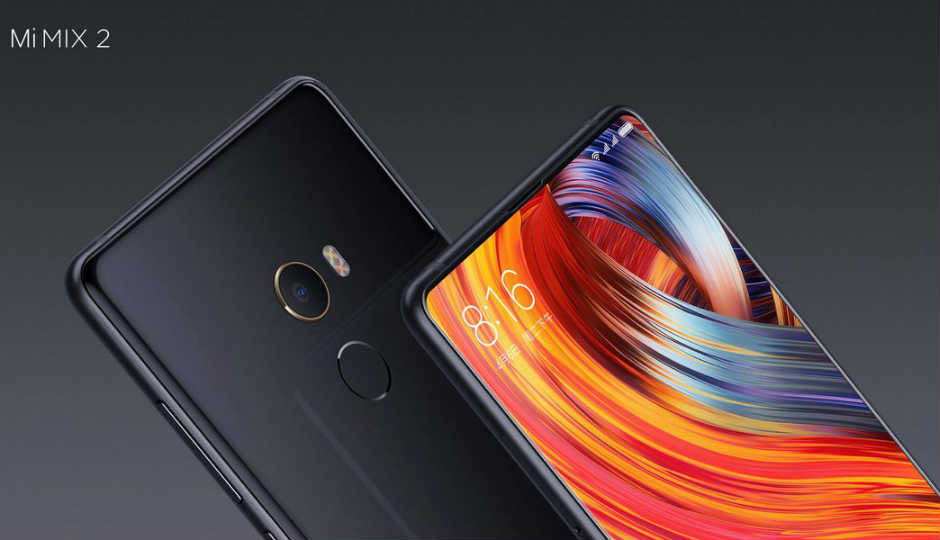 Xiaomi has announced the launch of Mi Mix 2, the follow-up to last year's bezel-less smartphone in India. The Mi Mix 2 is priced at Rs 35,999 and will be available exclusively on Flipkart. The smartphone is the first foray from the company into premium smartphone segment in India this year. The first sale will be held on October 17 at 12 noon on Flipkart and Mi.com. From the first week of November, the smartphone will also be available from Flipkart, Mi.com, Mi Home and other offline retail channels.

To recall, the Mi Mix 2 was launched last month in China and the company claims it went out of stock within 58 seconds during the first sale. The new bezel-less device is thinner than its predecessor and sports 12 percent reduced chin, offering a smaller overall footprint. The device features 7-series aluminium frame with a four-sided curved ceramic body. In terms of specifications, the Mi Mix 2 features a 5.99-inch Full HD+ IPS LCD display with a resolution of 2160 x 1080 pixels. The smartphone is powered by Qualcomm's Snapdragon 835 chipset coupled with 6GB RAM and 128GB internal storage. While major flagship devices are adopting dual rear camera setup, the Mi Mix 2 offers a single rear camera.

The Mi Mix 2 features a 12MP single rear camera setup with Sony's IMX386 sensor, same as the one found on Xiaomi's Mi 6 flagship smartphone. The rear camera sensor uses larger 1.25-micron pixels along with support for four-axis image stabilisation and dual-tone LED flash. There is also a 5MP front camera, placed at the chin like its predecessor. While taking selfies, the front camera automatically orients itself according to the device placement.

Xiaomi's Mi Mix 2 supports dual-band WiFi 802.11ac, Bluetooth 5.0, NFC but skips the 3.5mm audio jack. It also supports global LTE bands that can work across 226 regions worldwide. The smartphone runs MIUI 9 based on Android 7.1 Nougat and has a rear-mounted fingerprint sensor. The smartphone is backed by a 3400mAh battery and is likely available only in black colour variant. The Mi Mix 2 will compete against similarly priced OnePlus 5, Nokia 8 and other premium smartphones from Apple and Samsung.