Xiaomi has sent out media invites for the launch event of the Mi Max 3. The smartphone is speculated to feature a large display and a big battery. 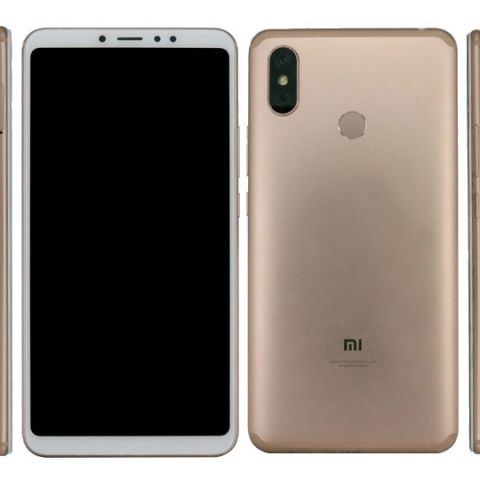 The Xiaomi Mi Max 3 was confirmed when the company’s CEO, Lei Jun, posted the device’s retail box photo on Weibo. Now, the company has announced that the smartphone will be launched at an event in China on July 19. The launch invite was posted on the company’s official Weibo page and it hints at a large display and a “great” battery. The Mi Max 3 was recently spotted in a hands-on video that tipped at the same and a recent TENAA listing of the device further fuelled the leaks.

In the leaked hands-on video, the smartphone was in the frame for a few seconds and it was enough to give an idea of how its design might be. As per the video, the Mi Max 3 could feature a large 6.9-inch display and come with a vertically stacked dual rear cameras and a rear-mounted fingerprint sensor. The same was iterated in the TENAA listing, as per which the smartphone is equipped with a Full HD+ panel and a taller 18:9 display aspect ratio. It could be powered by a 1.8GHz Octa-Core SoC with up to 6GB of RAM. The processor could be the Snapdragon 636. 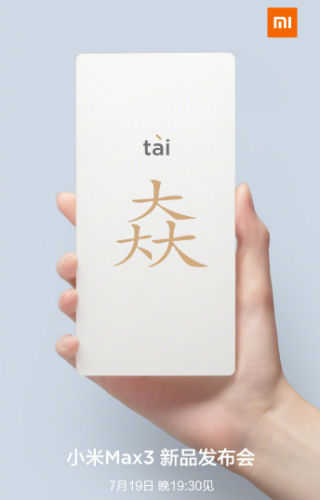 The listing further reveals that the Mi Max 3 might launch running on Android 8.1 Oreo and could be backed by an enormous 5400mAh battery. The device is said to support Qualcomm Quick Charge 3.0 with a bundled 18W charger. One of the dual-rear cameras may be a 12MP Sony IMX363 sensor, while the second one is said to be a 5MP camera that assists in capturing Bokeh shots. The Mi Max 3 is expected to be available in Black, Gray, Gold, Rose Gold colours.

Xiaomi's Mi Max series of devices are aimed at users that prefer a large display. The last Max series of smartphone, the Mi Max 2, sports a 6.44-inch full-HD display with a 1080x1920p resolution and is powered by the Snapdragon 625 SoC. In our review of the Mi Max 2, we said, "The Mi Max 2 is for those who want a good-looking budget phablet, and do not have the Mi Max already. It gets extra marks for more storage and a better camera, but it could have been much better had Xiaomi improved on existing weaknesses."