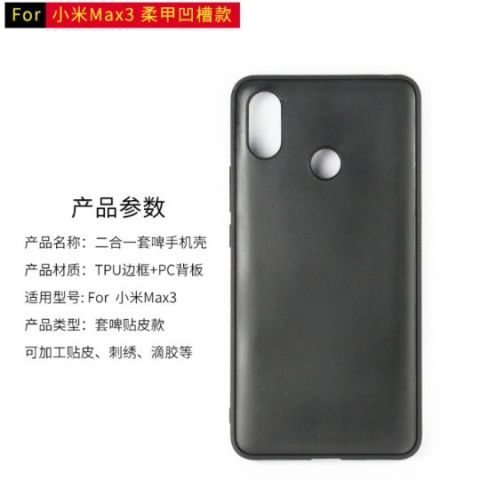 The Mi Max 3 is confirmed to launch next month and the TENAA listing reveals some of its specifications ahead of the launch.

A Xiaomi smartphone with model numbers 1804E4A, M1804E4T and M1804E4C have passed through TENAA and as per FoneArena, it's the upcoming Mi Max 3, which has been confirmed by the company’s CEO, Lei Jun, to launch in July, in China. As per the listing, we can expect the smartphone to feature a 6.9-inch Full HD+ display with a taller 18:9 display aspect ratio. It could be powered by an octa-core processor that is clocked at 1.8GHz. The smartphone could come with 3GB, 4GB and 6GB RAM variants with options of selecting between 32GB, 64GB and 128GB of internal storage.

The TENAA listing reveals the presence of three camera sensors on the smartphone. Two on the rear, which are rumoured to be 12MP Sony IMX363 sensors and one 5MP camera on the front. The handset is expected to launch running on Android 8.1 Oreo and could be backed by a 5400 mAh battery with Qualcomm Quick Charge 3.0 support. Some case images of the device have also surfaced online, which reaffirm that the Mi Max 3 might feature a dual rear camera setup. However, the images are in contrast with previous reports, which tip at the presence of horizontally aligned dual rear cameras instead of the reported vertically stacked rear sensors. 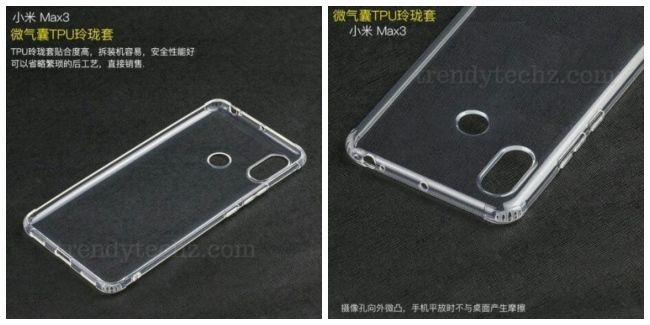 The case also tips at the presence of a 3.5mm audio jack on the device. The volume rockers and power button cut-out is seen on the right edge of the case and there is the all-too-familiar circular cut-out on the rear for a fingerprint sensor. Even though the company has already confirmed the existence of the Mi Max 3, the source code of Xiaomi’s website reaffirmed the same and also tipped at the existence of the Redmi 6 Pro, and the Mi Pad 4. Excerpts of code had information regarding some accessories for the two aforementioned devices like a protective cover for the Mi Pad 4 and “high permeability protective film” for the Redmi 6 pro. You can read more about this here.