Xiaomi Mi Max 3 gets 3C certification, to launch in July 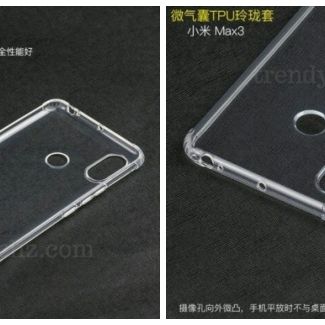 Xiaomi CEO Lei Jun last month confirmed on Chinese social networking site Weibo that the Mi Max 3 will be launching soon. A recent report has cemented the executive’s claim as it appears that the phone has got 3C Certification. A new Xiaomi phone with model number M1807E8S, speculated to be the upcoming Mi Max 3, enabled with fast charging support has been approved by 3C certification body in China.

The 3C Certificate, or “CCC” (also called China CCC Certification) is a mandatory product certification system with the aim of protecting consumer’s through the supervision of products. Only after complete certification can products be imported into China and sold in the Chinese market.

The Mi Max 3 is expected to retain its giant-sized footprint. Only this time, it will reportedly sport a 6.99-inch Full HD+ 18:9 display along with a gigantic 5,500mAh battery with Quick Charge 3.0  support. Furthermore, it is expected to support Qi-standard wiresless charging along with an iris scanner for biometric authentication.

Earlier reports had claimed the phone will also come with dual rear cameras. It could either have a Sony IMX363 sensor or an S5K217+S5K5E8 Samsung ISOCELL module. On the front, the Mi Max 3 is expected to sport a Samsung sensor along with OmniVision OV2281 iris scanner. Firmware files leaked before indicated the phone will run on Android 8.1 Oreo out of the box.

The device is expected they will be powered by the Snapdragon 845 chipset. Being an 8th Anniversary phone, it is also rumoured to have 3D facial recognition and on-screen fingerprint authentication.