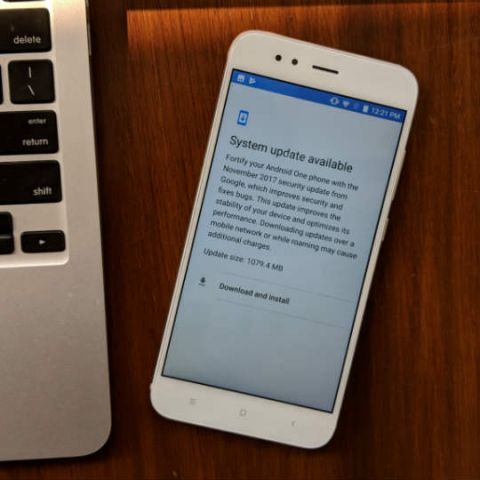 Xiaomi lived up to its promise after all. The company promised an upgrade to the latest Android by the end of the year for the Mi A1 (review) and per an announcement by the company on its Mi Community, the update is indeed rolling out to users in batches.

The update began to be pushed out from December 31st through OTA. The update adds the December security patch alongside all the features of Android Oreo including picture-in-picture, notification control and more.

The update is over 1GB (1107.4MB). To check for it, head over to Settings-Software Updates-Check for updates. Note that you have to be on the Android 7.12.19 (Android N) first to updrage.

The Mi A1 which was launched under the Android One program will have more or less a similar interface as the Google Pixel, thanks to stock Android.

As for the new features, users will get an all new notification management settings that will allow users to snooze notifications to see later, notification dots, adaptive icons, picture-in-picture for apps like Google Maps and VLC, new emojis and some tweaks under the surface to make streamline performance.

The update also brings support to fast charging on the Mi A1 which was missing all this while.

The phone being under the Android One program will receive two more version updates, as promised by Google and Xiaomi.