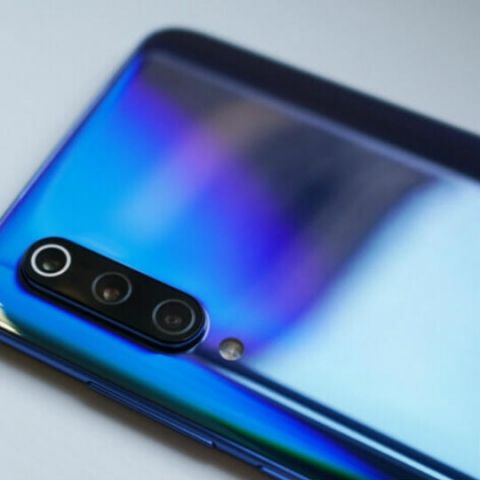 Xiaomi recently launched the Mi 9, its first phone ever to sport a triple camera setup. The camera has a 48MP main Sony IMX586 1/2-inch image sensor with 0.8 µm pixel pitch and supports 4-in-1 pixel binning. During the event, company Co-founder and CEO Lei Jun spoke highly of the camera and now, DxOMark has attested to the executive’s claims by giving a score of 99 points to its video shooting capabilities. The website that rates smartphone cameras has also said that Xiaomi Mi 9 has the best Video score ever on a phone.

The Xiaomi Mi 9 has an overall score of 107 points which places it on third spot after Huawei Mate 20 Pro (109 points) and Huawei P20 Pro (109 points). Interestingly, the phone scores higher than the iPhone XS Max (105 points), Samsung Galaxy Note 9 (103 points) and the the Google Pixel 3 (101 points). DxOMark has given the camera a Photo score of 112 points and says that Xiaomi’s flash performance is best on a smartphone to date, with good exposure and color in both flash-only and mixed-light situations. 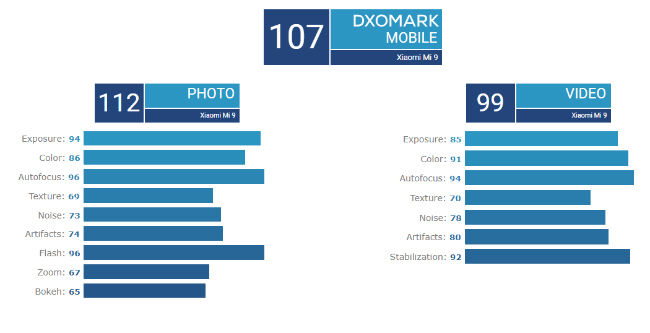 “While the Mi 9 is very good for still images, it really shines in video mode, achieving 99 points — the best Video score we have seen so far. The image stabilization system is capable of keeping things smooth and steady, even with the Mi 9’s high-resolution output. The system works efficiently both when holding the cameras still and when walking while recording,” the website says in its review.

The website claims that the Mi 9’s excellent video score is party due to the fact that it is the first phone that they have tested that records video at 4K resolution by default, giving it an advantage in the texture and detail department. “The Mi 9 is also the currently best device in terms of texture/noise balance. The camera not only manages to capture excellent video detail, it is also capable of keeping noise low across most illumination levels,” it said. 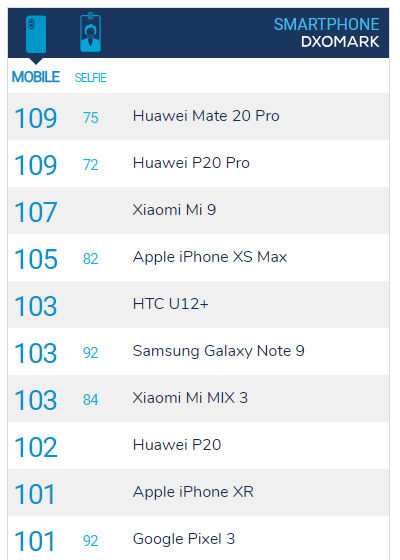 While, the Xiaomi Mi 9 features 6P lens in its primary camera, the Transparent Edition will reportedly have a special camera with f/1.47 aperture and a 7P lens. 7P means the lens will have seven optical elements, and it will let in more light than the 6P lens. As compared to other phones with 6P lens, this variant will help the camera to shoot brighter photos in low lights conditions. The Transparent Edition, which will ship with 12GB of RAM and 256GB of storage, is inspired by the movie Alita Battle Angel.

Apart from above-mentioned 48MP main Sony IMX586 1/2-inch image sensor, the triple camera setup of the Xiaomi Mi 9 has a 16 MP ultra wide-angle and a 12 MP telephoto lens. Both these lenses have an f/2.2 aperture. The ultra wide-angle sensor has a 117-degree Field of View, and the 12MP telephoto has a pixel size of 1.0 µm. The phone’s main camera features laser autofocus with PDAF and CDAF support and the assembly gets sapphire glass protection.