The Mi 6X will most likely be rebranded as the Mi A2 in India. The Mi 6X is scheduled to launch in China on April 25 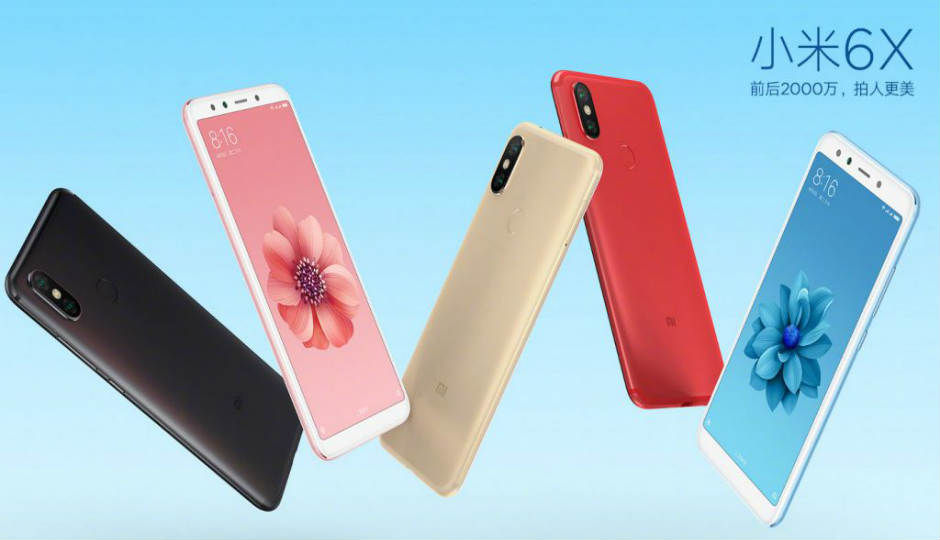 Xiaomi is launching the Mi 6X in China on April 25. Rumours and leaks have revealed almost everything about the smartphone. The Xiaomi Mi 6X is speculated to be rebranded as the Mi A2 for the India launch. A teaser video of the device has now been made available. The video is a mere 18 seconds but showcases the design of the smartphone. It looks a lot like the Redmi Note 5 Pro from behind with the vertical dual camera setup.

The teaser video also shows the Mi 6X with an 18:9 display. It also showcases the Mi 6X in a bunch of colours - Red, Black, Gold, and Blue. The video further reveals a 20MP primary camera on the device.

Speaking of other specifications of the device, the Mi 6X is posed to have a 5.99-inch full-HD+ display with a 1080x2160 pixels resolution. Under the hood, the device is said to have a Qualcomm Snapdragon 660 SoC. It may come in two RAM variants - 4GB/ 6GB. The storage option on the device are 32GB/ 64GB/ 128GB. It is expected to run on Android Oreo out-of-the-box with MIUI 9 in China. In India, the smartphone will come with stock Android Oreo if it is rebranded as the Mi A2. A 2910mAh battery is expected to power the device.

In other Xiaomi related news, information circulating the Internet suggests that the rumoured Snapdragon 670 SoC may be rebranded to Snapdragon 710 and is also said to power at least two upcoming Xiaomi devices. Firmware files for two Xiaomi devices code-named “Sirius” and “Comet" surfaced online few days ago and the code mentioned the use of the Snapdragon 670 SoC on both the devices. You can read more details of the story here.