Xiaomi is launching a smartphone with dual camera setup in India on September 5 and it could be the Mi 5X. The handset could be priced under Rs 20,000 in order to strengthen its position in the mid-range segment. 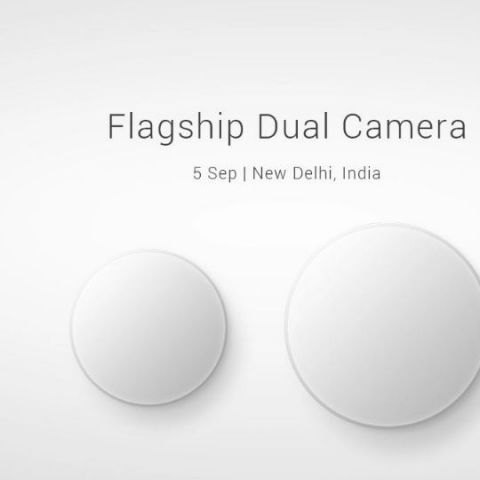 Xiaomi will announce its first dual camera smartphone in India on September 5. The company has started sending out media invites for the event to be held in New Delhi and is likely to unveil the recently launched Mi 5X here. Manu Jain, Managing Director, Xiaomi had tweeted earlier this month that the company's first dual camera phone will be launched in India next month. While he didn't give out specifics of the product, it is expected to be the Mi 5X. Counterpoint research recently confirmed that the Redmi Note 4 and Redmi 4 are the best-selling smartphones in India, and with Mi 5X, Xiaomi could take on dual camera offerings from companies like Oppo, Vivo and Huawei's Honor.

In terms of specifications, the Xiaomi Mi 5X features a 5.5-inch full HD display and is powered by Qualcomm's Snapdragon 625 chipset. The handset houses 4GB RAM and there is an option for either 32GB or 64GB internal storage. It is the first smartphone to debut with Xiaomi's MIUI 9 based on Android Nougat.

The biggest selling point of the Mi 5X is its dual rear camera setup, which the company claims is the same as the one found on its flagship Mi 6 smartphone. The handset sports dual 12MP rear cameras with one wide-angle lens and another telephoto lens capable of 2x optical zoom. It also offers software features like portrait mode and facial recognition support. The Mi 5X offers a 5MP selfie camera with 1080p video recording.

The Mi 5X supports Wi-Fi 802.11ac, Bluetooth 4.2, GPS, FM Radio and rear mounted fingerprint sensor. The smartphone is backed by a 3080mAh battery and is available in black, gold and rose gold colour variants. Xiaomi plans to launch only one flagship smartphone in India and it remains to be seen whether the company launches the Mi 6 or some other device altogether. The Mi 5X starts at 1,499 Yuan (around Rs 15,000) in China and it should be priced less than Rs 20,000 when it lands in India.