Xiaomi, Huawei chiefs at loggerheads over who has the best camera phone 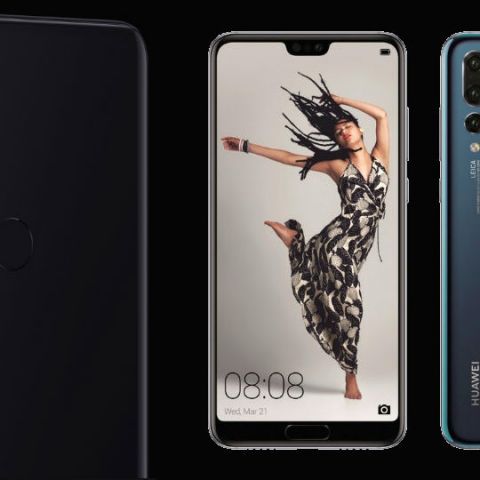 The CEOs of Xiaomi and Huawei have also brought up the price of their respective flagship phones, while boasting of their own phone's camera performance over the other.

Lately, smartphone manufacturers have been focussing a lot on the devices’ cameras and launching phone armed to the teeth with the latest tech. The competition is so fierce that sometimes, these anufacturers don't shy away from taking jibes at competitors. Xiaomi and Huawei were recently at loggerheads, while talking about the cameras on their smartphones. The CEOs of both companies publicly traded barbs over whose camera has the best specifications.

According to a report in South China Morning Post, during the launch of Mi Mix 3 in Beijing last week, Xiaomi CEO Lei Jun said the camera specifications of the company’s new flagship smartphone were better than the ones found in Huawei’s P20 Pro. This apparently prompted a strong reply from Richard Yu Chengdong, Chief Executive Officer of the Huawei Consumer Business Group, who said, “Any smartphone maker cannot surpass Huawei’s P20 Pro in a short period of time. Only we can surpass ourselves.”

The fight did not end here and the price factor also came into consideration. Lei also said, “Some people say we don’t have fancy functions this time. Indeed we don’t because we’re strengthening the fundamentals.” Taking a jibe at the high price of the P20 Pro, Lei also said the competitor’s pricing was too high and “the most expensive ones are not best.” Huawei launched the P20 Pro at a starting price of 5,288 yuan (approx $760), while Xiaomi Mi Mix 3 starts from 3,299 yuan (approx $470). 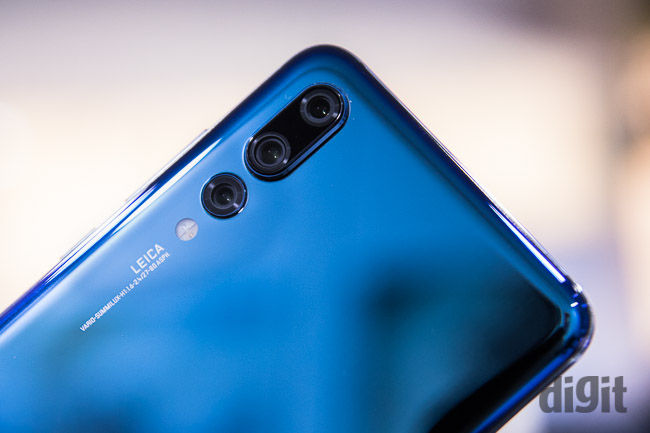 Huawei P20 Pro (Review) was the first smartphone to be launched with three rear cameras. The triple-camera setup on the huawei P20 Pro comes with a 40 MP RGB 1/1.7-inch sensor, a 20 MP monochrome sensor and an 8MP sensor with a telephoto lens, which is capable of 3x optical zoom, owing to the new Leica lens. The main camera also supports 10x digital zoom, 5x lossless hybrid zoom, a laser transceiver for faster autofocus, a Leica colour temperature sensor and a high sensitivity range of up to ISO 102400, which the company says is same as the Canon 5D Mark IV. 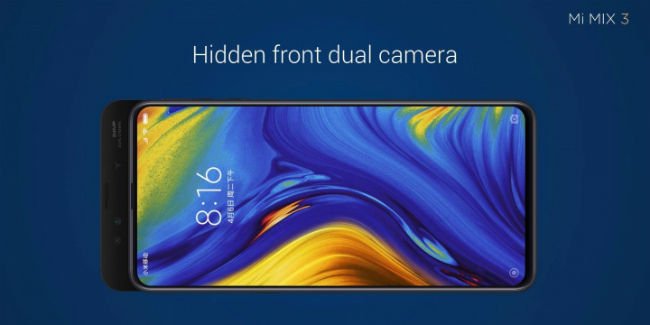 In comparison, Xiaomi Mi Mix 3 has a dual-camera system on the back consisting of a 12MP + 12 MP setup. The former is a Sony IMX363 sensor with f/1.8 aperture and 1.4μm pixel pitch that supports dual Phase Detection Auto Focus (PDAF). The secondary sensor on the rear is a telephoto camera with f/2.4 aperture and 1.0µm pixel size.

When it comes to scoring, DxOMark, a platform that benchmarks cameras for image and video quality, has rated the Huawei P20’s camera at 109 points and is currently sits at the top of the best smartphone camera chart. The Xiaomi Mi Mix 3 with 103 points is placed at the fifth spot behind, Apple iPhone XS (105), HTC U12+ (103) and Samsung Galaxy Note 9 (103). Huawei’s latest smartphone, the Mate 20 Pro and the Google Pixel 3/3 XL have not been ranked yet.