Xiaomi confirms Redmi S2 smartphone, to be unveiled on May 10 in China After weeks of leaks, Xiaomi has finally confirmed that it is going to launch a smartphone called the Redmi S2. The company made the announcement on its Weibo page, where it also stated that the device would be unveiled on May 10 in Nanjing. The company also posted an image showing Chinese actor Liu Haoran holding the smartphone. The image shows the rear of the device, which looks a lot like the Xiaomi Redmi Note 5 Pro. The upcoming phone features a vertically stacked dual-rear camera setup and a fingerprint sensor on the back. The new redmi S2 is also tipped to be a selfie-centric device. 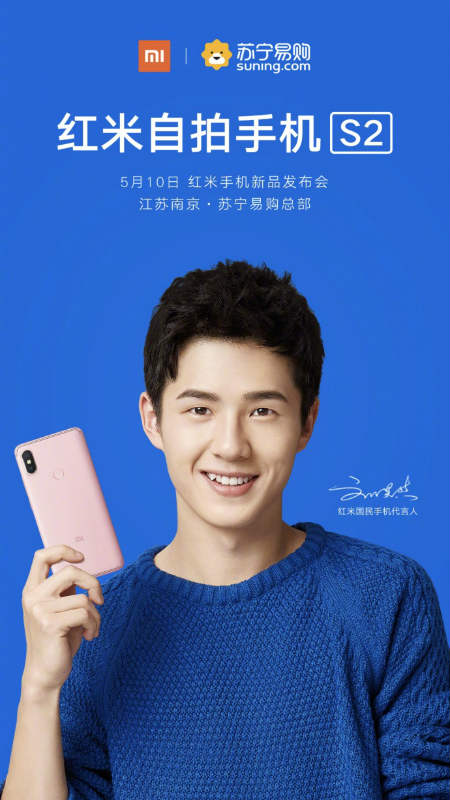 MyDrivers has also posted another posted of the upcoming device. The image gives is a closer look at the upcoming device and suggests that the phone might feature a subtler approach to the antenna design. It also mentioned the use of 12MP dual cameras with AI. The report also mentions some specifications of the phone as well as the price. The Xiaomi Redmi S2 is tipped to come with a 5.99-inch HD+ display with a resolution of 1440 x 720 pixels. It is expected to be powered by a Qualcomm Snapdragon 625. It is tipped to feature a 12MP+5MP rear camera setup with a battery capacity of 3080mAh. The phone is tipped to cost around CNY 1000, which is about Rs 10,500.

The Redmi S2 was spotted by XDA Developers a few weeks back who also stated in their report that the phone was going to make its way to India and China. Xiaomi is also expected to launch the Mi 6X in India as the successor of the Xiaomi Mi A1. A recent report suggested that the company was planning to launch two new Android One devices and it is possible that the Xiaomi Mi A2 and the Redmi S2 will be the two devices. However, it is not yet known when the company plans to launch the two devices in India.