Xiaomi-backed Black Shark 2 with Snapdragon 855, Liquid Cooling 3.0 launched in India: Price, launch offers and all you need to know 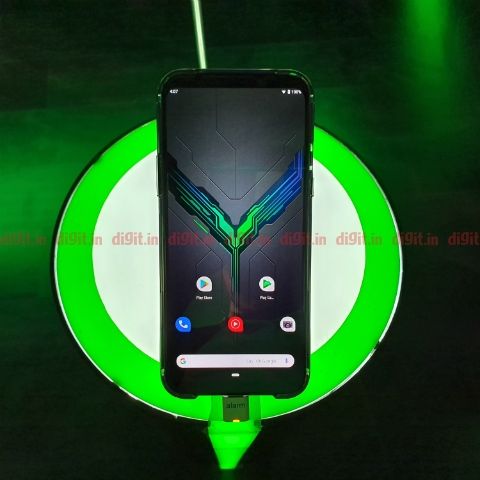 Xiaomi-backed Black Shark has launched the Black Shark 2(₹ 31999 at flipkart) gaming-centric smartphone in India. The handset was already announced in China and while its specs were already known, the company today revealed its pricing and some other information. Being a smartphone aimed at enticing mobile gamers, the Black Shark 2 comes equipped with the latest Snapdragon 855 SoC. It also gets additional features like a "Ludicrous Mode" that is touted to enable one to play games by utilising 100 percent of the CPU and a liquid cooling system, which is aimed at keeping the temperatures in check while gaming.

The Black Shark 2 features a 6.39-inch AMOLED display with 1080 x 2340 pixel resolution, and comes equipped with an in-display fingerprint sensor. The display sports a pressure-sensitive system that enables gamers to map the buttons located on the flanking corners of the screen. When one presses down on these buttons or the part of the screen harder than usual, they can trigger these actions. The company claims that the phone’s display has been optimized for gaming, and is capable of delivering reduced screen flicker at low brightness, improved colour accuracy and low touch latency of 43.5ms.

As mentioned above, the Black Shark 2 runs on the Qualcomm Snapdragon 855 platform. It also features Liquid Cooling 3.0 tech, which is claimed to be the world’s first “direct touch multilayer liquid cooling system.” It is touted to lower the CPU’s temperature by up to 14-degrees during intense gaming sessions.

Launch offers on the phone includes a 5 percent Instant Discount on EMI with Axis bank credit and debit cards. It will also be available on EMI starting at Rs 1,329/month.