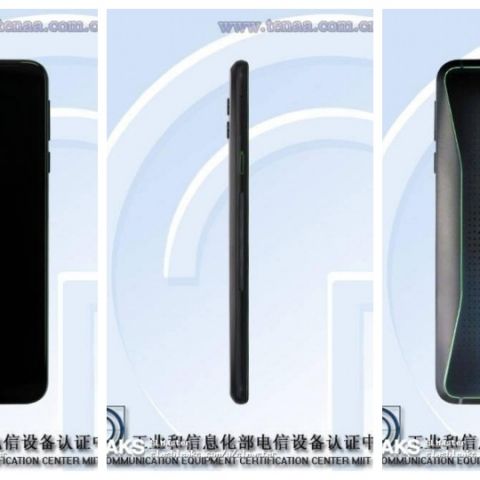 Xiaomi launched its first gaming-centric smartphone, the Black Shark, back in April this year. The handset is yet to be released globally but it seems that the company is already working on another iteration of the device, as per a new TENAA listing, via Slashleaks. The listing gives a look at the upcoming device but doesn’t reveal much in terms of specifications, except the handset’s screen size, battery capacity and dimensions. As per the listing, same as its predecessor, the Black Shark 2 could feature a 5.99-inch display and come equipped with a large 4000 mAh battery. However, it could be slightly thicker with dimensions of 160mm x 175.26mm x 8.7mm.

The current Black Shark smartphone features a horizontally placed rear camera setup, however, the new Black Shark phone could feature a vertically stacked camera on the back. There could also be a fingerprint sensor on the rear this time. The volume and power buttons can be seen on the phone’s right edge, while the dedicated key to increase the device’s performance while gaming is placed on the left. The phone's display features slimmer bezels as compared to its predecessor and on the upper left is a front-facing camera.

The Xiaomi Black Shark was launched in China at a starting price of RMB 2,999 (Rs 31,200 approx). It is meant to take on the Razer phone and the ASUS ROG phone that are also aimed at wooing mobile gamers. The Xiaomi Black Shark comes with a liquid cooling system, detachable gamepad and more. It features a 5.99-inch Full HD+ IPS LCD display and is powered by the Snapdragon 845 SoC with 6GB and 8GB RAM, coupled with 64GB and 128GB of internal storage variants. There is a dual camera setup at the back, 12 MP f/1.75 + 20 MP f/1.75 with 6P lens and a dual-LED flash. The primary sensor has a 1.25um Pixel size while the secondary sensor has a 1um sensor size. On the front is a 20-megapixel with f/2.2 aperture.