While 5G phones are expected to fetch a high premium, Xiaomi managed to keep the price of the Mi Mix 3 5G on the down low. It’s priced at 599 euros 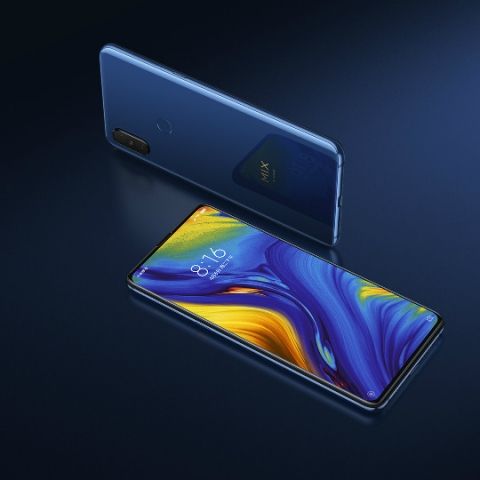 At MWC 2019 that’s about to kick off formally in Barcelona from Monday, Xiaomi unveiled its first 5G smartphone integrated with Qualcomm’s Snapdragon X50 5G modem. It’s called the Mi Mix 3 5G and is essentially the same premium flagship that the company had announced before in China, but powered by the Snapdragon 855 and the 5G modem. Also different is the battery capacity on the phone. Since the first generation 5G devices are likely to draw more power, there’s a 3800mAh battery instead of the 3200mAh one on the standard Mi Mix 3.

The rest of the specs are the same. The Mi Mix 3 5G has a 6.39-inch OLED display stretching all the way to the edges with fullHD+ resolution. Xiaomi achieved this with a slider mechanism. It’s a mechanical slider that’s manually raised and closed to reveal the front camera. There’s also a dedicated Google Assistant button on the phone.

On the back, the Mi Mix 3 5G has a 12MP standard sensor paired with another 12MP telephoto sensor while on the front, there’s 24MP selfie camera along with a 2MP depth sensor.

At the event, Xiaomi also conducted a video call via 5G claiming it’s the first time the company did a public demo of a 5G video call outside of China. Xiaomi also announced partnerships with 5G networks— Orange, Sunrise, Three, Telephonica, Tim and Vodafone.

The most exciting part about the smartphone is its price. While 5G phones are expected to fetch a high premium, Xiaomi managed to keep the price of the Mi Mix 3 5G on the down low. It’s priced at 599 euros (roughly Rs 48,251) making it the cheapest 5G smartphone announced so far in 2019. Xiaomi will start shipping the Mi Mix 3 5G from May, 2019. The company didn’t announce the markets it will be available.

Alongside the Mi Mix 3 5G, Xiaomi also announced the Xiaomi Mi 9, the flagship phone the company announced on February 20 in China, for global markets. The phone will be available in Spain, Italy and France with pre-orders starting Sunday.

The Mi 9 is Xiaomi’s first triple-camera smartphone, and has been rated the highest on DxOmark rankings. It comes with the the flagship 48MP Sony IMX586 camera sensor with f/1.75 aperture, 6P lens and delivers output in 12MP after 4-in-1 pixel binning. Then there’s a 12MP telephoto sensor with 2X optical zoom. It’s a Samsung S5K3M5 sensor with f/2.2 aperture. Finally, the Mi 9 has a 16MP Sony IMX481 Ultra-Wide sensor with 117-degree field-of-view. The wide-angle sensor can also take macro shots.

Furthermore, the Mi 9 has an in-display fingerprint sensor and is powered by the Qualcomm Snapdragon 855 and supports 20W wireless fast charging which Xiaomi claims can deliver 100% capacity in 90 minutes.