Gionee is all set to begin its Gionee Marathon M5 India launch event, and you can watch it live here 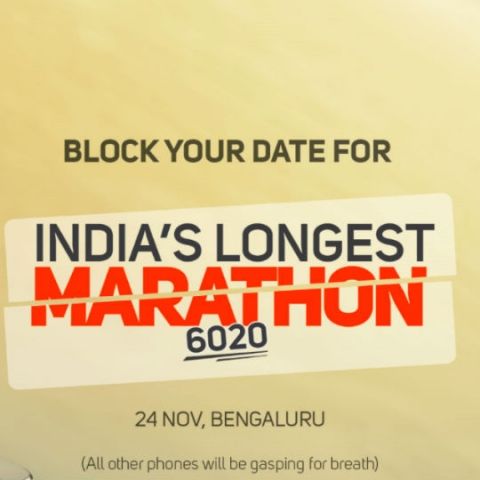 Gionee is launching its Marathon M5 smartphone in India today, at an event held in Bengaluru. The smartphone is expected to be priced at about Rs. 20,000. Coming to the specifications of the smartphone, it has a 5.5-inch display with 1280x720 pixels resolution. Under the hood, it has a 64-bit 1.5GHz quad-core MediaTek MT6735 processor, coupled with 2GB of RAM. The smartphone has 16GB built-in storage expandable up to 128GB via microSD card. It runs on Android 5.1 Lollipop, overlaid with the Amigo 3.0 UI. The smartphone also features 4G LTE, and will be available in White, Grey and Gold colours. The rear has a 13MP camera, and the front has a 5MP camera. The biggest USP of the smartphone is that it has two 3010mAh batteries, giving it a total of 6020mAh battery stamina.

You can watch the launch event below; it kicks off at 12PM Indian Standard Time.