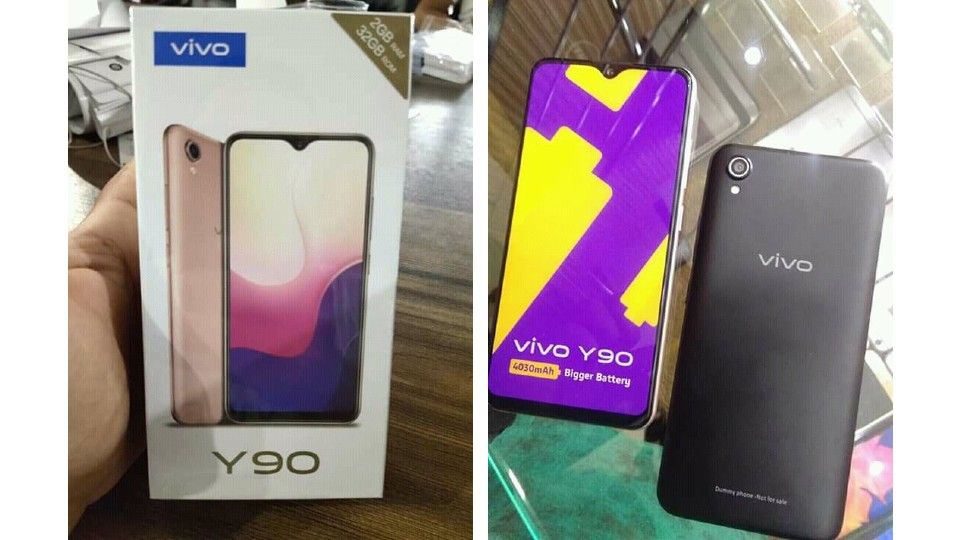 Vivo Y90 will reportedly be powered by the MediaTek Helio A22 SoC.

The phone could reportedly be priced at Rs 6,990.

Vivo Y90, an entry-level smartphone, is reportedly coming to India soon. However, ahead of its official launch, the Vivo Y90 has allegedly appeared online in live images, which reveal some of the key specifications of the phone. In the live images, the phone is shown in Black and Gold colour variants. According to the leaked images, the phone features a single camera at the back. Other leaks have also claimed that the phone could come equipped with a 6.22-inch display.

The latest leaked live images of Vivo Y90 show the phone in polycarbonate build. According to the images, the Y90 could feature a waterdrop notch as well. The phone is tipped to be packed with a 4030mAh battery. Furthermore, the leaked retail package of the phone indicates that it could come with 2GB RAM and 32GB of internal storage.

There was also a leaked image of the Vivo Y90’s specifications sheet. According to the sheet, the Y90 could feature an 8MP rear camera and a 5MP front camera along with a 6.22-inch Halo FullView panel. There could be two variants: 2GB RAM + 16GB storage and 2GB RAM + 32GB storage. It could reportedly be powered by a Mediatek Helio A22 chipset.

The Vivo Y90 is expected to run on FunTouch OS 4.5, which is based on Android 8.1 Oreo. In the past, tipster Ishan Agarwal has also tweeted press renders and marketing posters for the Vivo Y90, which also point towards a 6.22-inch display, 4030mAh battery, Face Unlock support, and two colour variants – Gold and Black.

According to a report by MySmartPrice, the Vivo Y90's base variant could be priced at Rs 6,990 in India but there is no word on a launch date or price as of now. We will update this post if we get any more details about the phone.