The smartphone successfully passes JerryRigEverything’s durability tests and the in-display fingerprint scanner works well, despite the screen being fairly scratched. 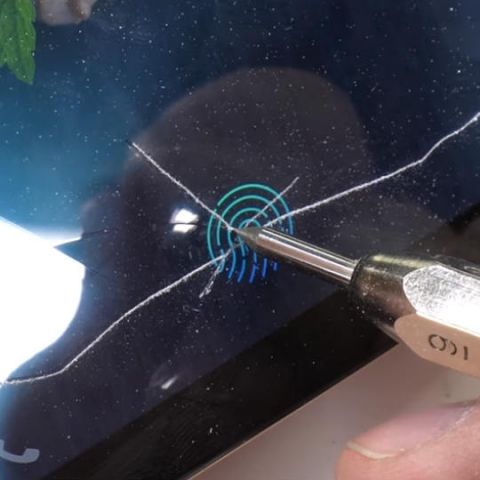 Vivo recently launched its X20 Plus UD smartphone with an under-display fingerprint sensor in China. It is the first smartphone to come equipped with the technology and the YouTube channel JerryRigEverything has put it through a series of durability tests which include scratching, bending and burning the device. The smartphone proves to be quite durable and survives almost all of the ordeals it’s put through.

The durability test begins with Zack scratching the Vivo X20 Plus UD’s front glass. He uses Mohs scale to determine at what grade the display scratches and the smartphone’s display scratches at level 6, with deeper grooves appearing at level 7. This is similar to the current flagship smartphones like the Samsung Galaxy Note 8, OnePlus 5T, iPhone X and iPhone 8, which were scratched at the same level. For providing a perspective, Level 10 on the Mohs scale is hardest to scratch and a tempered glass scratches at level 6, whereas a Sapphire screen, which was seen on the HTC U Ultra, scratches at Level 8.

The Youtuber then scratches the part of the display where the fingerprint sensor is embedded with a level 7 pick. However, the sensor still functions and unlocks the phone from under the heavily scuffed glass. Now he uses a razer blade for testing the overall build quality of the smartphone. The thin-bezel phone’s front is covered entirely by the glass, including the front camera and sensors, and doesn’t seem to attract any major scratches. The earpiece is also housed durably and manages to pass the test. The side, top and bottom edges of the handset get scratched as they are made of metal and so does the rear panel. The dual camera lenses resist scratches.

Next up the smartphone’s display faces the flame test and survives for almost 30 seconds before turning white permanently. Finally. it’s put through the bend test, which it passes successfully and then the YouTuber goes ahead to shatter the screen for testing if the fingerprint scanner still works. However, the screen dies as cracks start appearing on the screen and Zack says that the fingerprint scanner could be a weak point in the display but it can't be known for sure until he gets to test the smartphone again. The smartphone passes successfully in JerryRigEverything’s normal durability test.