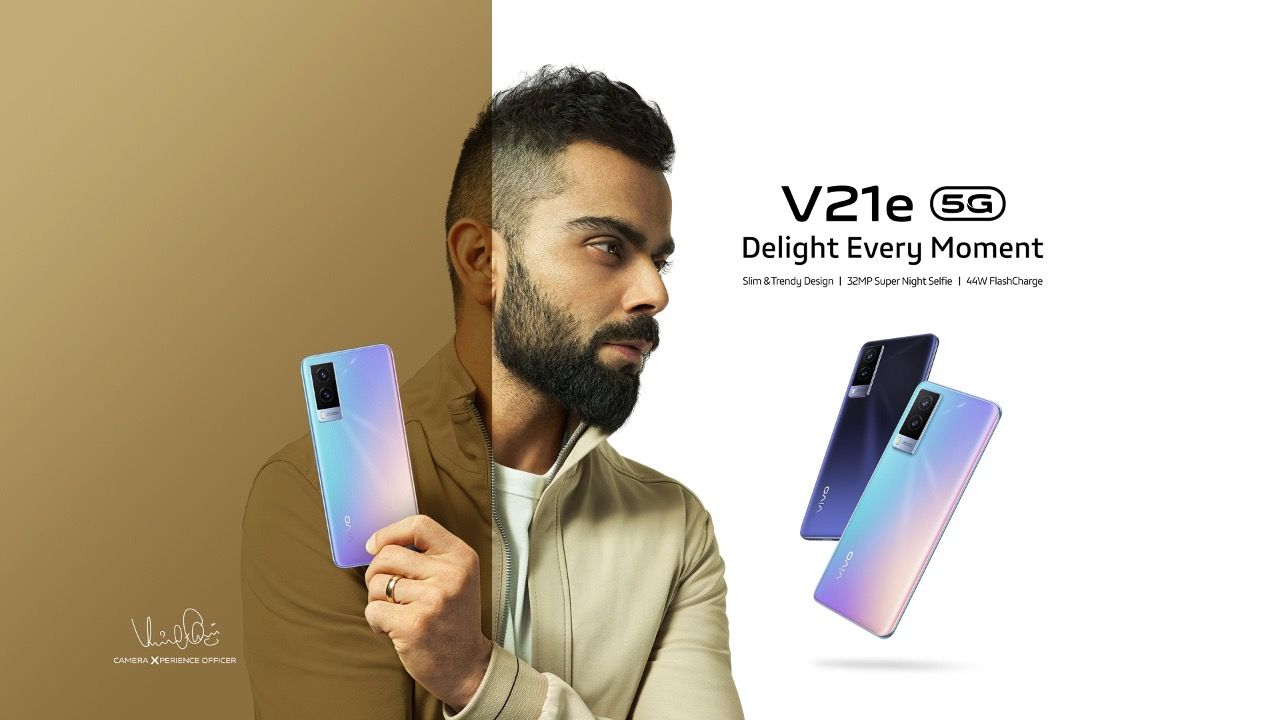 Vivo V21e 5G has officially launched in India and is powered by the MediaTek Dimensity 700 processor. The V21e is a thin and lightweight smartphone in the Vivo V21 lineup. The Vivo V21 was launched back in April in India and was one of the thinnest and lightest smartphones available at the time until Xiaomi launched the Mi 11 Lite earlier this week. Here is a brief look at the price, specifications and availability of the Vivo V21e.

The Vivo V21e 5G is priced at Rs 24,990 with 8GB RAM and 128GB storage. It is available to purchase from the Vivo India store and Amazon India. 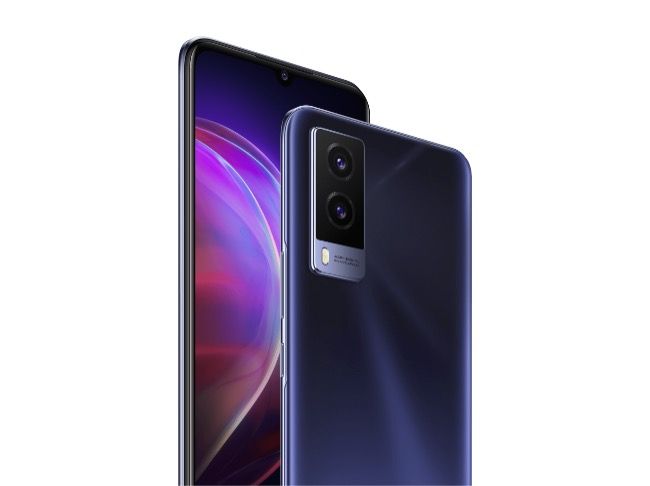 The Vivo V21e 5G features a 6.44-inch AMOLED display that offers Full HD+ (2404x1080 pixels) resolution with a waterdrop notch cutout for the selfie camera. The screen is certified for HDR10+ playback and has minimal bezels on three sides. The V21e is being offered in two colours: Dark Pearl and Sunset Jazz. The Dark Pearl colour variant has a thickness of 7.67 millimetres and weighs 165 grams while the Sunset Jazz colour measures 7.79 millimetres and weighs 167 grams.

The V21e is powered by the MediaTek Dimensity 700 processor that has an octa-core CPU and Mali-G57 GPU. This is paired with 8GB RAM and 128GB storage with an option to add a microSD card for storage expansion. It runs on Android 11 based Funtouch OS 11.1

It has dual cameras on the back that includes a 64MP primary camera with an f/1.8 aperture and an 8MP ultra-wide-angle camera with a 119-degree field of view. The rear cameras can record in 4K UHD with support for EIS. There is a 32MP selfie camera on the front for selfies.

The V21e has a 3.5mm jack and an in-display fingerprint reader. It is equipped with a 4,000mAh battery that supports 44W fast charging out-of-the-box.