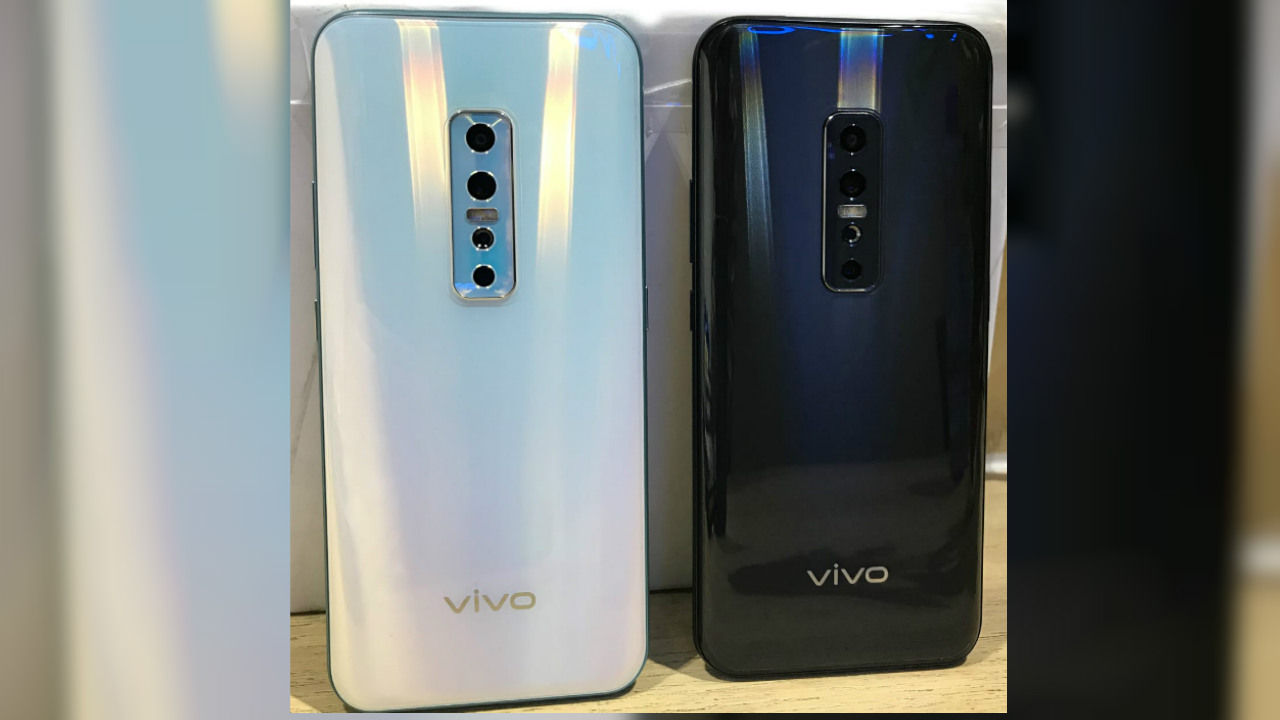 Vivo has shown off its upcoming Vivo V17 Pro smartphone in an image.

The smartphone was recently shown off in the Big Boss promo video.

Vivo is gearing up to launch a couple of new smartphones in India and it recently confirmed that the Vivo Z1X will be announced on September 6 in the country. The Vivo V17 Pro is also rumoured to launch soon, since it was recently teased in the new Big Boss trailer. Now, the company has given us our first official look at the handset and as you can see in the image above, the Vivo V17 Pro features a quad camera setup on the back. While all the cameras are placed in the same unit, they are separated by an LED flash that sits in the middle.

The Vivo V17 Pro is also confirmed to come in the two colour options we see above. There’s no info on what exactly these colour options will be called but the device’s rear panel is surely glossy and reflective. One of the handsets seems to feature a pearl white colour for the rear panel, while the other one is a dark shade of blue. The company has also revealed that the Vivo V17 Pro will be launched in India this September and we expect it to be unveiled by the end of next month.

As mentioned earlier, the smartphone maker previously teased the Vivo V17 Pro in a Big Boss promo video. The show's host, Salman Khan, was seen holding the handset in such a way that conceals the quad-camera setup. The Vivo V17 Pro is expected to be launched as a successor to the Vivo V15 Pro, which was a camera-centric handset with a pop-up front camera. The device was also equipped with an AMOLED display, triple rear cameras, and an in-display fingerprint sensor, which was a first for smartphones in the price segment. The Vivo V17 Pro is also expected to feature a similar design with a pop-up camera that houses the front camera and an in-display fingerprint sensor.