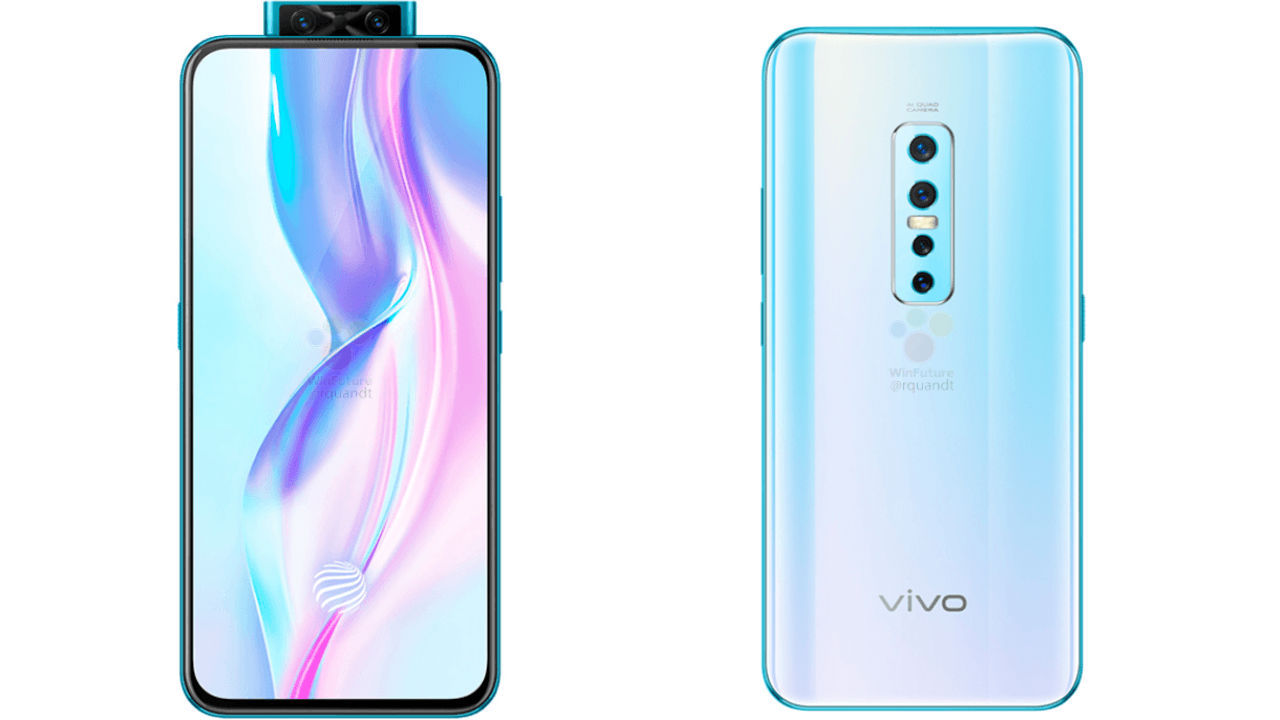 The smartphone will be powered by a Snapdragon 675.

The smartphone has two pop-up selfie cameras in the front.

The Vivo V17 Pro(₹ 25190 at amazon) is expected to launch soon and it looks like all the information about the upcoming smartphone is now online. We have seen some renders of the device in the past but now it looks like some official renders and specs have leaked online. The leak comes from WinFuture which has a good track record of revealing information about devices before launch.

Kicking things off with the display, the V17 Pro has a 6.44-inch Super AMOLED display with an under-display fingerprint sensor. The display has a tall 21:9 aspect ratio and a resolution of 1080 x 2440 pixels. The display does not have a notch since the dual front-facing camera is in a pop-up mechanism. The selfie camera on the device is a 32MP wide-angle camera accompanied by a 2MP depth sensor.

Coming to the back of the smartphone it has a quad-camera setup. The primary is a 48MP sensor accompanied by an ultra-wide-angle camera. The other two sensors are 2MP shooters. The smartphone is powered by the Snapdragon 675 which was previously found on the V15 Pro. For RAM we get 8GB and storage is 128GB. A 4100mAh battery powers the entire package.