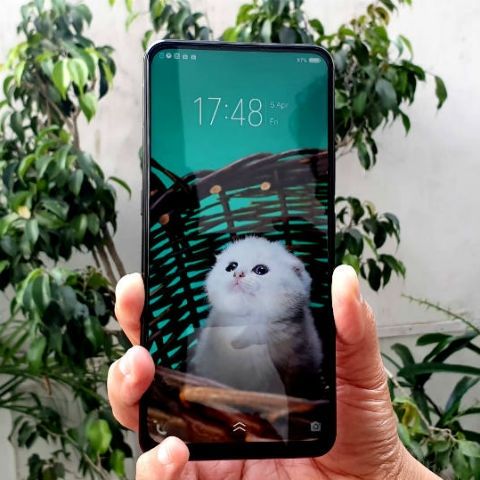 Vivo launched its V15 Pro smartphone in February and in March, introduced its watered down but slightly more affordable variant, the Vivo V15. Now the smartphone maker has knocked off Rs 2,000 from the phone’s price tag and it will now be available for Rs 21,990 instead of its original price tag of Rs 23,990. The new reduced pricing is reflecting on Vivo’s own online store and Flipkart, Amazon and other retail channels, and this is the first price cut it has received in the country. There’s no confirmation on whether the price cut is permanent or a temporary offer.

The Vivo V15 is equipped with a 6.53-inch Full HD+ FullView display that has a 90.95% screen to body ratio. It is powered by the MediaTek Helio P70 platform with 6GB RAM and 64GB of internal storage. It is equipped with a 4000mAh battery that works in tandem with the company’s ‘Dual-Engine fast charging system’. It runs on Funtouch OS 9, which is based on Android 9.0 Pie.

The highlight of the Vivo V15 is its pop-up front camera assembly, which is similar to the Vivo V15 Pro. It sports a 32MP front-facing sensor that pops up from the phone’s top edge and on the back is a triple camera setup with a 12MP Dual Pixel Sensor, combined with an 8MP Super Wide Angle Camera and a 5MP Depth sensor. The 8MP Super Wide Angle Camera offers a 120-degree field of view.