The Vivo Apex was showcased as a concept device at the Mobile World Congress 2018 (MWC). It is a thin-bezel smartphone that doesn’t feature a notch or a chin and comes with an in-display fingerprint sensor. 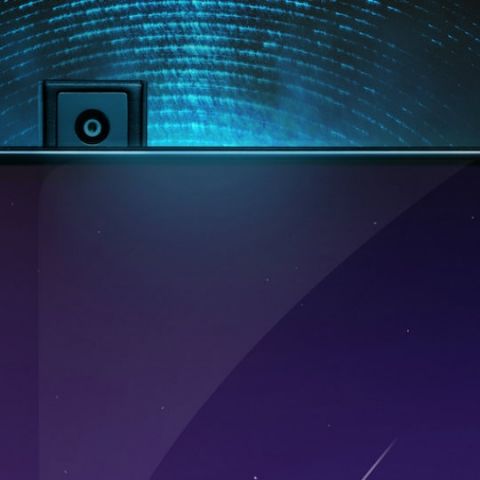 Vivo showcased its Apex concept smartphone at the Mobile World Congress 2018 and gave a glimpse of how future smartphones could look like. Now, the company has sent out invites for an event on June 12 where a market-ready version of the Apex concept smartphone could be unveiled. The invite reads, “The future of smartphone is here,” and the completely bezel-less front of the Apex can also be seen. Vivo didn’t spring this suddenly as a previous report tipped that the smartphone might enter mass production by Q3 2018 and back in March, Vivo officially announced the smartphone in China.

In terms of specifications, the Vivo Apex sports a "half-screen" fingerprint scanner, which is basically an in-display fingerprint scanner that is under one-third of the screen. The smartphone features a 5.99-inch OLED display with COF technology and the ambient and proximity sensors are tucked under the display along with the earpiece. The Vivo Apex is the company’s take on a completely bezel-less smartphone without the need for a notch. It features a screen-to-body ratio of 98 percent and is powered by a Snapdragon 845. It comes with a USB Type-C port and retains the 3.5 mm headphone jack.

The Vivo Apex smartphone is equipped with a periscope 8MP ‘Elevating’ front-facing camera that pops-up from the top edge of the device in 0.8 seconds, the company says. The smartphone uses the Screen SoundCasting Technology, which sends vibrations through the display for producing sound. This technique, according to the company, consumes less power, reduces sound leakage, and optimises low to high pitch sound.

Most smartphone manufacturers are stuck with a notch on the top of their display until they figure out a way to go completely bezel-less. The notch houses the front-facing camera, sensors and the earpiece and no other smartphone manufacturer has been able to relocate this to expand the screen area to near 100 percent screen to body ratio, maybe except Lenovo.

Lenovo is expected to launch its flagship Z5 smartphone on June 14 in China and the company’s Vice President, Chang Cheng, has teased the upcoming device a couple of times. Till now, Cheng has posted two images and a render of the smartphone. The images hint at a truly edge-to-edge display without a notch or a bottom chin and the sketch tips at a device that nears a screen-to-body ratio of 100 percent. The company says it has used four new technologies on the device for delivering the thin-bezel display, which are yet to be unveiled.