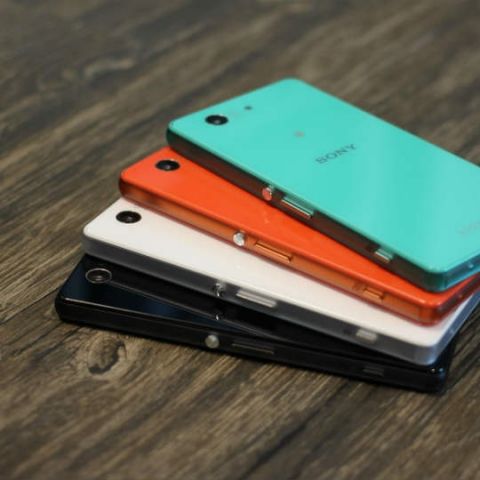 Two unannounced Sony smartphones have been spotted on GFXBench. The two devices sport model numbers F3216 and F3311, and come with 4.6-inch displays along with MediaTek chipsets. Out of the two smartphones, the Sony F3216 offers better specifications as compared to the F3311. As per the listing, the 4.6-inch display of the F3216 has a Full HD resolution and is powered by a 1.9GHz Helio P10 SoC with 2GB of RAM. The phone is tipped to come with 16GB of storage and Android Marshmallow v6.0. The Sony F3216 is listed as having a 21MP primary camera and a 16MP front camera.

Due to its 16MP front camera, it is possible that the Sony F3216 may be a compact variant of the Sony Xperia C6, which the company is expected to announce this year. Sony has released compact variants of its smartphones in the past. The Sony Xperia Z5 Compact was unveiled at the IFA last year and comes with a 4.6-inch HD display. It is powered by a Qualcomm Snapdragon 810 SoC with 2GB of RAM. The device is equipped with a 23MP camera at the back and a 5MP front camera. However, the Xperia Z5 Compact was not launched in India. 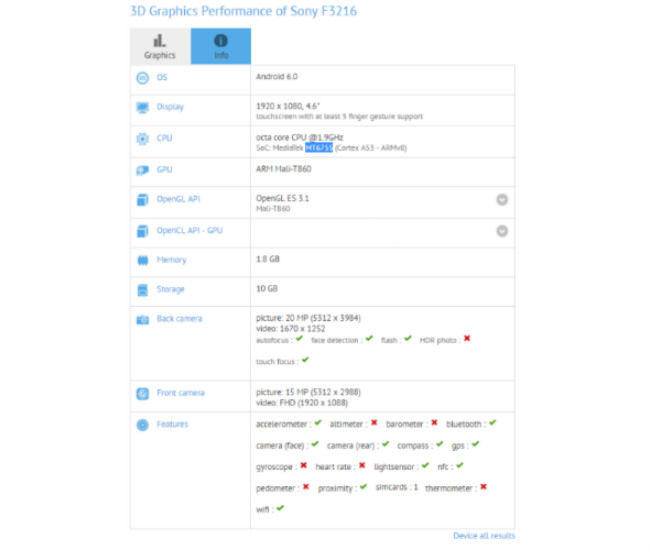 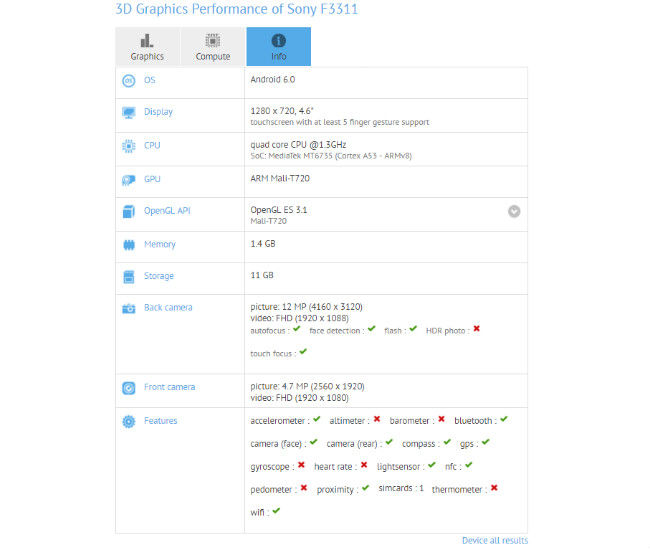