Sony still thinks there’s no need for a notch in the display, slim bezels, or more than one camera at the back. At least, that’s what the leaked images of the supposed Sony Xperia XZ3 tell us. 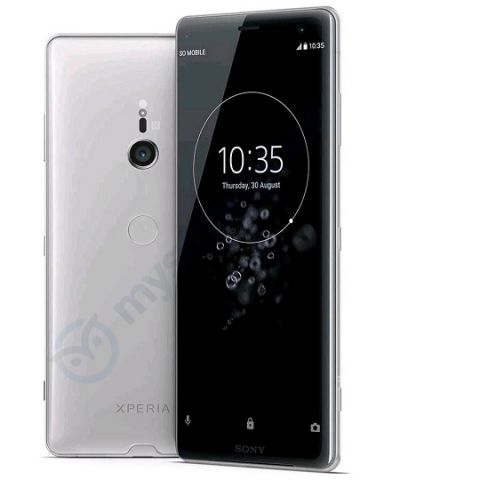 Despite seeing news around it for quite some time now, it’s only now that we’re beginning to see some definitive physical features of the upcoming Sony Xperia flagship smartphone through leaked images. Published by MySmartPrice, the leaked images reveal the front and the back sides of what appears to be the Xperia XZ3. Straight away you can tell there’s something strange about this smartphone.

If these images are authentic, then we tell that Sony has decided to ditch the increasingly common notch on top of the display. We can also tell that Sony hasn’t really made a great effort in minimising the thickness of the bezels around the display. Actually, the supposed XZ3 looks a lot like its predecessor, the Xperia XZ2. It’s almost as if Sony has made no effort to update the smartphone’s design. To top it off, the back side seems to bear only a single camera. This, to many, may come as a sign of laziness, especially in a market where every other flagship phone ships with at least a dual-camera setup  at the back.

It’s not all bad news though. While the upcoming Sony Xperia flagship smartphone falls short in number of cameras, it makes up by providing a very large sensor. According to early reports, the rear camera employs a 48-megapixel sensor. For all we know, Sony could stick with the 19-megapixel shooter that the Xperia XZ2 and Xperia XZ2 Compact employ on the back side.

The leaked image also reveals a dual-tone LED flash for the camera and a tiny black sensor. This sensor is expected to be Sony’s Hybrid focussing technology that combines phase-detection and laser-detection autofocus. The image also shows that Sony is continuing to offer a physical shutter button for the camera, something that’s always remained a Sony signature feature.

As far as specs go, the supposed Xperia XZ3 is rumoured to have a 5.7-inch Full HD+ display, a 3.5mm audio jack, and a 3,240mAh battery. It’s expected to be powered by a Qualcomm Snapdragon 845 chipset and an Adreno 630 GPU. It’s also expected to offer 6GB of RAM and 128GB of internal storage. There’s a good chance it’ll run Android 8.1 Oreo out-of-the-box and soon be updated to Android 9 Pie. Naturally, there’s no official word from Sony yet on the new flagship. But we can assume it’ll launch the smartphone during the upcoming IFA 2018 event in Berlin, Germany.