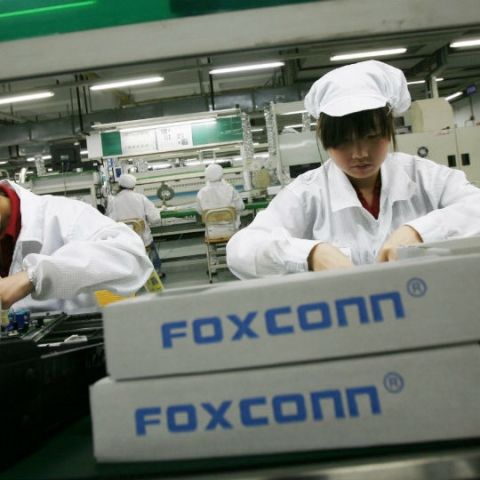 Struggling to meet demand after production delays, Apple supplier Foxconn has reportedly employed thousands of students to assemble the iPhone X. These students are being forced to work overtime, as per reports.

According to The Financial Times, students in the age group 17-19 were hired as interns in September and were told to work at the assembling unit in Zhengzhou, China. They were told to work for three months to get "work experience in order to graduate".

"The work has nothing to do with our studies. We are being forced by our school to work here," Yang who assembles 1,200 iPhone X cameras a day was quoted as saying in the report.

She is among a group of 3,000 students from Zhengzhou Urban Rail Transit School who are working at a local Foxconn facility.

"Apple and Foxconn acknowledged they had discovered cases of student interns working overtime and said they were taking remedial action. But both companies said the students were working voluntarily," the report added.

According to Foxconn, its internship programme was "carried out in co-operation with local governments and a number of vocational schools in China".

Three other Foxconn plants in China were found to be in breach of numerous health and safety regulations, exceeding working hours, five years ago, The Guardian reported.

"When Apple's production demands it, Apple completely ignores the labour standards they have set. Apple allows factories to make workers put in overtime hours without restriction... and for student workers to work night shifts and put in excessive overtime hours," Li Qiang, Executive Director of New York-based non-profit China Labour Watch, was quoted as saying in the Guardian report.

After facing a lacklustre response for the iPhone 8 and iPhone 8 Plus globally, including in India, Apple placed its bet on the successful delivery of "super premium" iPhone X.

However, several media reports claimed that Apple is facing a huge supply gap primarily for two reasons: difficulties in assembling the new facial identification software and 3D camera, and "off the charts" pre-orders for iPhone X after the Apple fraternity didn't make the expected beeline for the iPhone 8 and 8 Plus.

Analysts had warned that the stock on hand is scarce, owing to constrained supply of key iPhone X components.