The specs of an unnamed Sony smartphone with model number H8416 were listed showing a premium device with Android P 9.0, 6GB RAM and Qualcomm Snapdradon 845 SoC. 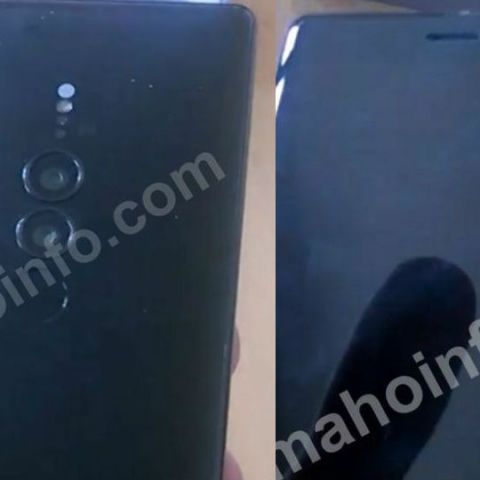 A specification sheet listed on GFXBench has revealed a lot of information of a Sony smartphone that will have Android P 9.0 OS and a 5.9-inch display with 2880x1440 resolution. The phone is reportedly being called the Sony Xperia XZ3 and is an expected successor to the Xperia XZ2 Premium. While Sony may retain the Qualcomm Snapdragon 845 processor in this unknown device, the GFXBench listing suggests that the device will come with a rear dual-camera system.

According to the listing, the device with model number H8416 has 128GB storage and 6GB RAM. The Octa-core Qualcomm processor clocked at 2.7GHz is assisted by an Adreno 630 GPU. The listing shows a 13-megapixel front camera sensor and appears to borrow the 19-megapixel rear sensor from the Xperia XZ2 Premium. Since it reportedly has a dual-camera setup, the 19-megapixel may be accompanied by a 12-megapixel lens. The rear camera can shoot 4K videos.

The device may be launched at IFA which is scheduled for the first week of September. This listing comes almost a week after several pictures of the rumoured device were leaked on a Japanese website. The photos showed vertically-aligned cameras at the back with LED flash. The fingerprint sensor is placed below the cameras.

In terms of design, the phone sports an Omnibalance design featuring a curved and shiny glass back, similar to the Xperia XZ2 Premium which Sony unveiled in April this year. The Xperia XZ2 Premium retained the design philosophy that Sony adopted in the XZ2 and the XZ2 Compact. It has a 5.8-inch 4K display, a 19-megapixel colour sensor and a 12-megapixel monochrome sensor at the back and can record slo-mo videos at 960fps at 1080p resolution.