A filing with the EU Intellectual Property Office shows that Sony will promote its 21:9 ultra wide display for smartphones as CinemaWide. 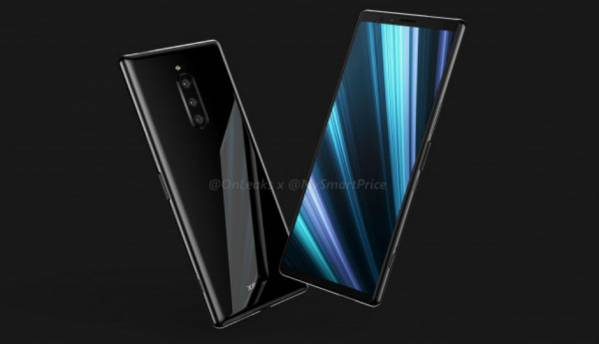 We saw several leaks about Sony Xperia XZ4 last month and now a new report claims that the company has trademarked the “CinemaWide” name for the display on its upcoming device that is rumoured to have 21:9 aspect ratio. According to a report by the Dutch media outlet LetsGoDigital, Sony has made a filing with the EU Intellectual Property Office and classified “CinemaWide” as ‘Class 9’ - a general class that covers tablets, smartphones, displays, apps for phones, among other things.

The company could launch the phone at MWC, Barcelona at an event on February 25. It is also reported that the Sony Xperia XZ4 may have a 6.5-inch OLED display with a resolution of 3360 x 1440 pixels with HDR support. The smartphone is expected to be powered by the Qualcomm Snapdragon 855 chipset with 6GB + 64GB and 8GB + 128GB configurations. Internal storage might be around 128GB, with support for expandable storage using microSD card.

The Sony Xperia XZ4 is expected to be IP68-certified, and it has been rumoured to come in purple and black colour models. The handset might ship running on Android Pie right out of the box, and the phone may draw power from a 4,400mAh battery with support for Quick Charge 4.0. The phone scored 395721 on AnTuTu benchmark test. There is no information about the optics but it is expected to sport a triple rear camera.

Since the phone has a wide display, it's possible that it also supports extra-wide video shooting. The phone is rumoured to come equipped a 52MP main camera setup with an aperture of f/1.6.