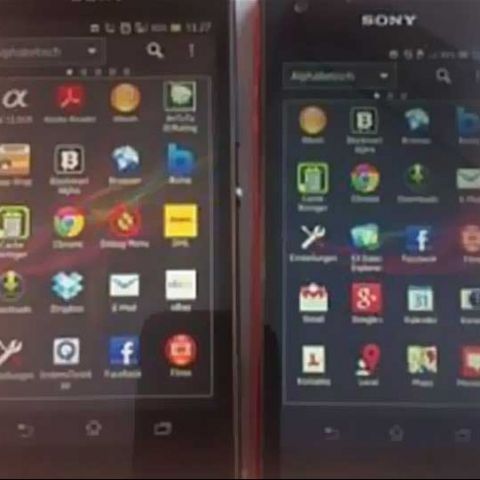 After releasing a host of Xperia smartphones in 2012, Sony wants to continue the trend this year as well. In a recent turn of events, Sony’s next mid-range Android based Xperia smartphone, the Xperia SP (C530X live) codenamed HuaShan, surfaced online. These pictures show the Xperia SP alongside the Xperia V suggesting that the SP will have a bigger display compared to that of the Xperia V.

The leaked information about the smartphone says that it is likely that this phone may be revealed at MWC (Mobile World Congress), Barcelona this year and although Xperia SP will be a new phone, there will only be a slight difference in performance between Xperia SP C530X live and the older Xperia V as the SP live is said to have the only slightly better Adreno 320 GPU.

Other information revealed by the source was that the phone may sport a screen with a resolution of 1280x720 pixels, and a removable back cover to access the memory-card. However, the battery will not be removable. The SP is said to be powered by a Qualcomm Snapdragon S4 Pro MSM8960T SoC with a 1.7GHz dual-core processor, and will come with Android version 4.1 (Jelly Bean) out-of-the-box.