Alleged images of the Xperia C6 surface, hint that it might be a bezel-less phone, and could be powered by a Helio P10 SoC. 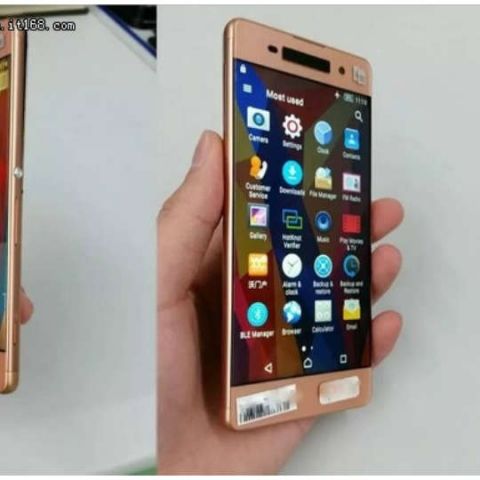 Leaked images of an alleged Xperia phone, suggest that Sony might be working on a bezel-less phone. The website also suggests that the said phone is the Sony Xperia C6. Sony didn't announce any new phones at CES this year, but we expect that the company might be gearing up to launch some new phones at this year’s Mobile World Congress, which will be held in February.

According to the IT168, the alleged Xperia C6 smartphone might come with a 5.5-inch display, offering 1920x1080p resolution. The other major thing the images show is that the phone has a bezel-less display. Also, going by the images, it seems that the display of the Xperia C6 might be covered in 2.5D glass. Rumours suggest that the phone will be powered by a MediaTek Helio P10 SoC. This octa-core SoC hasn't been seen on any smartphone, yet. It is a true octa-core processor, which is made using the 28nm manufacturing process. It uses ARM’s Cortex A53 chip architecture, and the processor's core clock speed can go upto 2GHz. It also features a Mali T860MP2 GPU. Memory options such as RAM and storage of the phone are still under speculation. However, since the “C” series of phones have always been the selfie-centric range for Sony, the Xperia C6 is expected to offer a good front-facing camera.

Sony has tried different tactics with its lineup of smartphones, launching the Xperia Z5 Premium with a 4K resolution display. The Xperia Z5 itself was one of the best phones that came out last year. The phone offers a 5.2-inch 1080p display, and is powered by a Qualcomm Snapdragon 810 SoC. It came with 3GB of RAM, and 32GB of storage. The best part of the phone is its exceptionally good rear camera, which bears a new 23MP Sony sensor.