Sony Mobile is going to host an event on September 2, in the same week as the IFA 2015, which will be held at Berlin from 4-9 September this year. The news was confirmed by Sony Italy through Twitter. It is specualted that Sony will be releasing a new device, which most probaly will be their next flagship device Xperia Z5. The phone was teased in the promo of James Bond movie Spectre last month in which it was tagged as 'Made for Bond'. 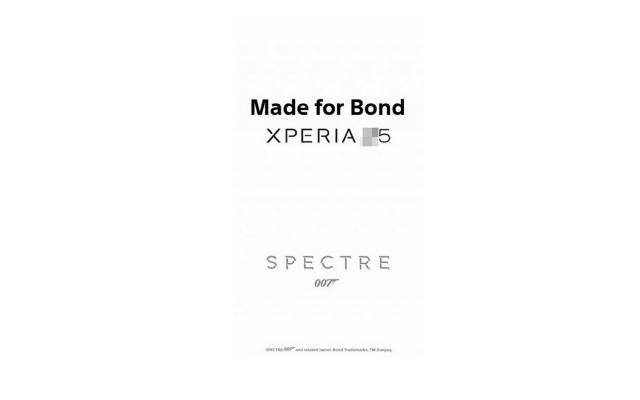 The speculated Sony Xperia Z5 is rumored to be powered by the Snapdragon 810 proceesor, along with 3 GB RAM and a 5.5 inch display with Full HD resolution, and 32 GB internal storage, which is expandable. For camera lovers, the phone might be bringing a 20.7 MP rear shooter and 8 MP front shooter. However, the rumored feature, which is worth talking about is the addition of a fingerprint scanner. This feature has slowly started to become one of the must have features for a smartphone to be called a flaghsip. Up until now, the feature is available in Samsung Galaxy S6/S6 Edge, HTC One M9+, Apple iPhone 6, and OnePlus 2 in India.