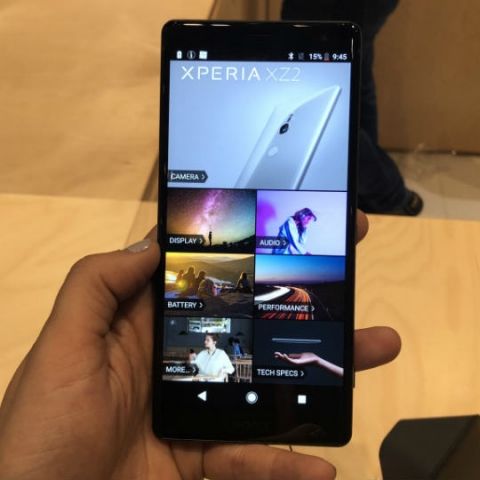 The Sony Xperia XZ2 is powered by the Qualcomm Snapdragon 845 processor and houses 6GB RAM, 64GB storage. It has a 19MP single camera at the back with 8X digital zoom capabilities.

Expanding its Xperia category, Sony India has launched the Xperia XZ2 claiming that it is the world’s first 4K HDR movie recording smartphone. The phone was first launched at this year's MWC in Barcelona, Spain. The device comes with Sony’s best camera technology with Full HD 960fps Super Slow Motion video recording. It is priced at Rs 72,990 and comes enabled with the latest ARCore and Google Lens features. The XZ2 will be available in a single Black colour variant in India starting August 1.

The phone sheds Sony’s older Omnibalance design and looks a lot like HTC's phones from last year. It features a curved, shiny glass back, with support for wireless charging. There’s Gorilla Glass 5 both on the front and the back, with an aluminium frame. The phone is also IP68-rated waterproof, and come with a rear-mounted fingerprint sensor. Sony calls the new design ‘Ambient Flow’.

The Xperia XZ2 features front-facing stereo speakers along with what Sony is calling ‘Dynamic Vibration System’ that apparently analyses audio data to turn audio signals into vibrations that aims to augment the listening experience.

In terms of specs, the new Xperia XZ2 sports a 5.7-inch Full HD display with an 18:9 aspect ratio. The display is protected by a metal frame to add extra durability. Sony also claims that the device can up-scale content to HDR using its X-Reality processor. This is more of a software implementation to bring the picture quality as close to HDR as possible.

Further, the phone is powered by Qualcomm's Snapdragon 845 processor and houses a 6GB RAM, with 64GB storage that is expandable to 400GB.

The new phone does not have dual cameras, and comes with one 19-megapixel sensor at the back, which can capture videos in 4K HDR. Last year’s super slo-mo videos at 960fps is also present and this time, Sony has bumped up the resolution to 1080p. On the front is a 5-megapixel camera, down from a 13-megapixel sensor in the phone's predecessors. Like last year, there is also the 3D creator that allows the user to create interactive 3D selfies.

The Xperia XZ2 packs a 3,180mAh battery and offers 64GB of onboard storage along with the option to expand it using a microSD card. 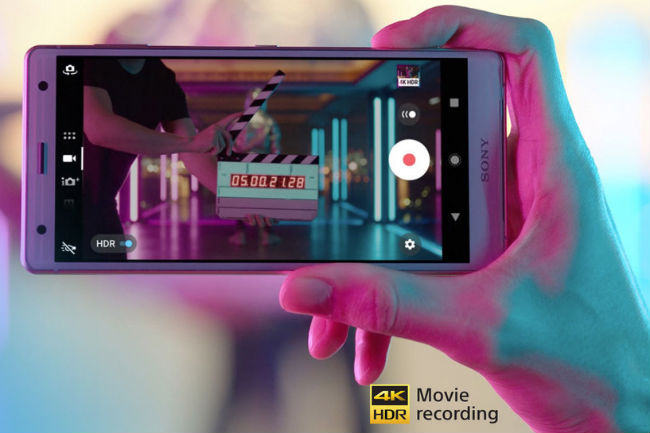 The Xperia XZ2 is equipped with the ARCore and Google Lens. ARCore is a development platform for building Augmented Reality apps (AR apps) for Android mobile devices. Google Lens allows AI to recognise a photograph to search and display related information, recognize text from photos, and more.