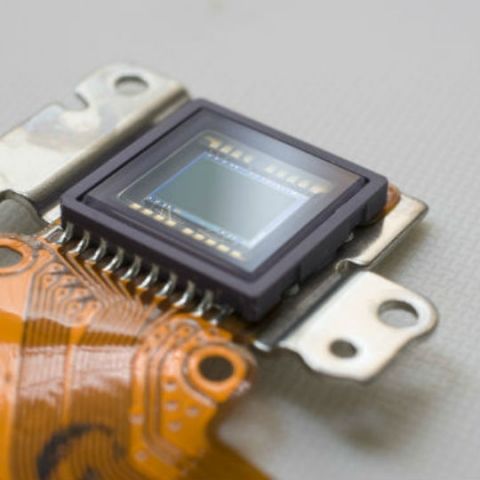 The megapixel wars are heating up in the smartphone segment, but this time, it's not just about increasing the number of megapixels, but also improving dynamic range and low light performance

Sony Corp has announced the creation of a new imaging sensor for smartphones with an effective resolution of 48 megapixels. Named the Sony IMX 586, the sensor is a stacked CMOS unit with a quad-Bayer design, created keeping resolution and low light performance in mind. The sensor measures 1/2 inches, much larger than the conventional imaging sensors found in smartphones.

The Sony IMX586 isn’t just about the high-resolution count. With each pixel measuring 0.8μm, it sounds a little counter-intuitive as to how Sony would manage to squeeze out quality signal saturation from such tiny micro-lenses. Sony is using clever techniques to get around this issue by using a quad-Bayer design. Essentially this design means that the adjacent 2x2 pixels are of the same colour, and the data from these adjacent pixels will be combined into one pixel. This is similar to the pixel-binning technique we saw on the Huawei P20 Pro and even cameras as old as the Nokia Lumia 1020 and the Nokia PureView 808. Through the combination of the adjacent pixels, the effective pixel-pitch of the final output is 1.6μm. 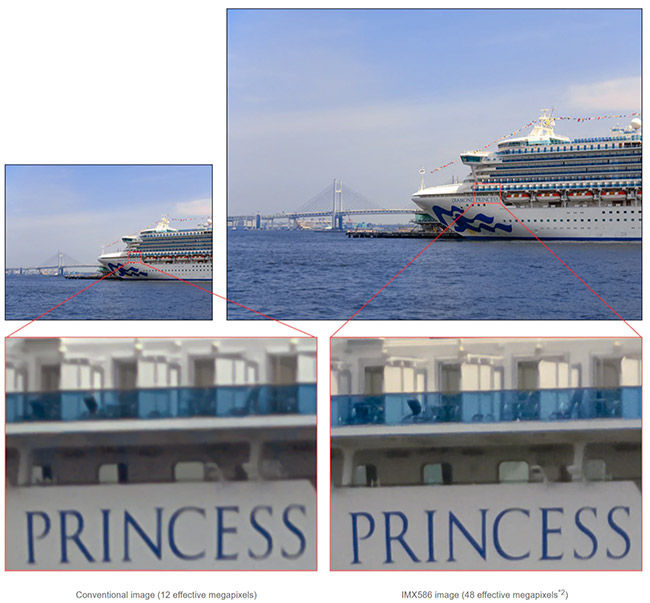 Sony also claims that the new sensor design allows it to achieve 4 times the dynamic range than the sensors available out in the market today. This is also made possible by combining the adjacent pixels. When shooting at night, Sony says the signal from the four adjacent pixels would be added up together to get better sensitivity while keeping the noise low.

The new Sony sensor would effectively output files in two resolutions; 48 megapixels for detail-rich images in daytime and 12 megapixels for the low-light shots. This is, of course, the output resolution for optimum quality. This new sensor should provide a much-needed boost in quality to smartphone photography, however, there is a challenge. Given that the sensor measures 1/2 inches diagonally, it would require significant redesigning of smartphone insides to accommodate a chip this big.  This would further be compounded by the presence of a secondary lens. The second challenge to implementing a sensor this large would be the need for redesigned optics. Given that most lens design today was created for the conventional 1/3-inch smartphone sensor, any manufacturer going for the new Sony IMX586 sensor would have to also consider new optical design.