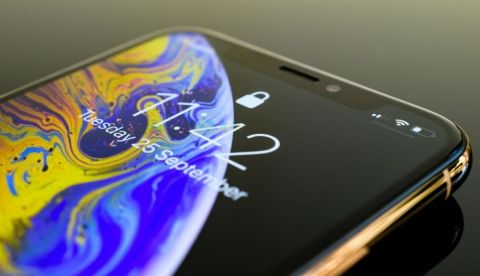 Sharp is aiming to become a part of Apple's supply chain for iPhone manufacturing. The Foxconn-owned company is reportedly seeking to supply OLED panels to future iPhones. Sharp, along with other OLED manufacturers are expecting a sharp rise in panel manufacturing and shipments throughout 2019.

Sharp was previously in the run to supply OLED panels to Apple, and is now planning to ramp up efforts to manufacture displays specifically for smartphones. According to a report by Digitimes, Sharp is believed to have started a production line just for smaller panels, anticipating more orders.

If Sharp does manage to become a part of Apple's supply chain, it will be in direct competition with other display manufacturers like Samsung and LG. Samsung is presently the primary supplier of OLED panels to Apple for the iPhone XS, iPhone XS Max and 2017's iPhone X.

LG is also a secondary supplier of OLED panels for Apple. The company was added to the list of suppliers in September 2018 to help with mass producing the iPhone XS. In November, LG reportedly began production of 400,000 OLED panels for the Cupertino-based company.

There's a high possibility of OLED panels being in high demand after a recent report claiming that Apple will shift to an all OLED lineup ditching LCD displays completely in 2020.

It's not only iPhones that might raise the demand for OLED panels. The report claims Taiwanese IC producers and ancillary industries are also expecting a boom in production in 2019 as smartphone vendors are expected to shift towards OLED panels in the mid-range segment, along with high-end and flagship offerings. Furthermore, foldable displays are also poised to debut this year which is another focus of development for the firms.