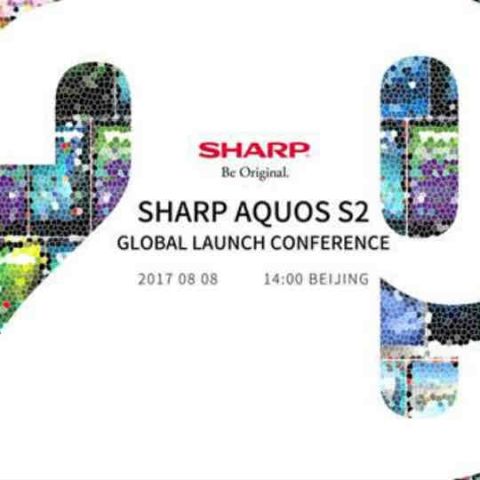 Sharp will be releasing its Aquos S2 full screen smartphone in Beijing on August 8. The new smartphone uses FFD, or Free Form Display technology to precisely dig holes on the screen for the front camera and receiver. The company claims that this technology a screen-to-body ratio as high as 84.95 percent. The company notes this screen-to-body ratio will make the 5.5-inch display on the phone feel like a 5-inch body.

Dr. Luo Zhongsheng CEO of Sharp/InFocus stated, “The core of full screen design is to break through the technology limit, achieve the double sense of holding and visual comfort, and provide the ultimate experience for users.”

Sharp has been launching its near bezel-less full screen devices for quite some time. The EDGEST-302SH, which had a screen-to-body ratio of 80.5 percent. A year later, the company unveiled the Aquos Crystal, which came with bone conduction technology. The company says that it has released 28 full screen phones since 2013.

A few months ago, Sharp launched the Aquos R smartphone. The device sports 5.3-inch QHD display and is powered by Qualcomm’s Snapdragon 835 with 4GB RAM. The phone supports HDR 10 and offers 64GB of inbuilt storage. Further, the phone also comes with the company’s own AI-based assistant called EMOPA. The assistant offers context awareness, and will deliver useful information such as news and weather. At the back is a 23MP camera with OIS and a f/1.9 aperture lens. At the front is a 16MP camera. The Sharp Aquos R also comes with Bluetooth 5.0.