Samsung is preparing to launch the SM-W2018, the successor to last year's W2017 flip smartphone. The flip phone has leaked online in the form of hands-on images revealing a premium design and high-end specifications. 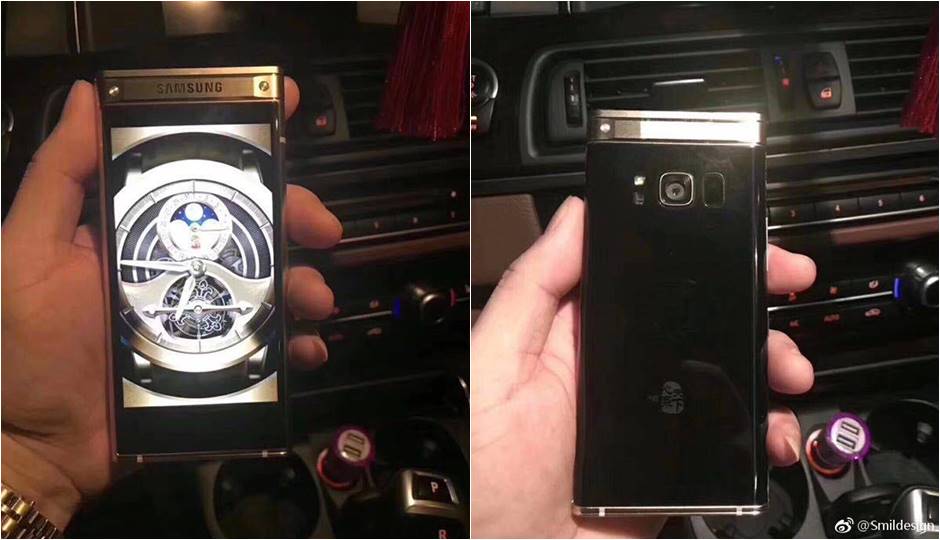 Samsung may have given up on bezels with the launch of the Galaxy S8 duo and the Galaxy Note 8, but it is not giving up on flip phones just yet. Pictures of the rumoured Samsung SM-W2018 have appeared online, revealing the company is working on the successor to last year's W2017 flip phone.

The upcoming Samsung SM-W2018 flip phone appeared in the form of hands-on pictures posted by Chinese tipster, who goes by the handle @MMDDJ on Twitter. The smartphone will be the most premium flip phone yet and will feature dual displays with Super AMOLED panels. It is also expected to feature flagship internals including 6GB RAM and Qualcomm's Snapdragon 835 chipset. 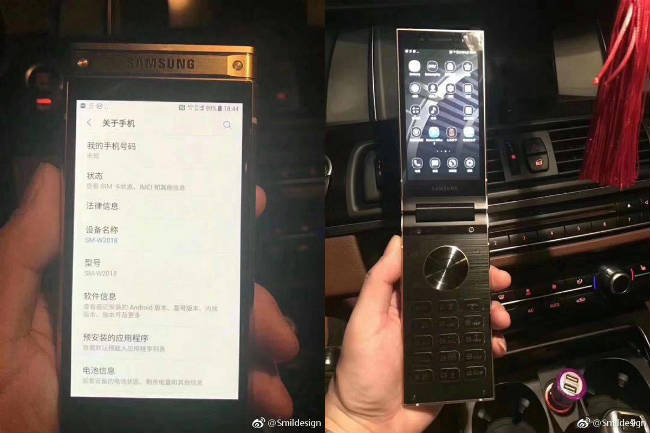 Samsung and LG are the only two smartphone makers still building flip phones but they are mostly restricted to Chinese market. The Korean smartphone maker's last flip smartphone was Samsung G-9298, an incremental update to the W-2017 with Snapdragon 821 chipset. The full specification of the Samsung SM-W2018 flip phone are not known yet.

The leaked imagesshow premium design with metal unibody casing and probably a glass back similar to other Galaxy flagship. The smartphone seems to be getting single rear camera with fingerprint sensor placed next to the camera module. The Samsung SM-W2018 should launch first in China and rumours suggest it could be priced around $2,000 (around Rs 1,30,000). Samsung is also planning to launch a foldable smartphone next year with dual-display and redesigned user interface. The smartphone is expected to launch under company's Galaxy Note brand.