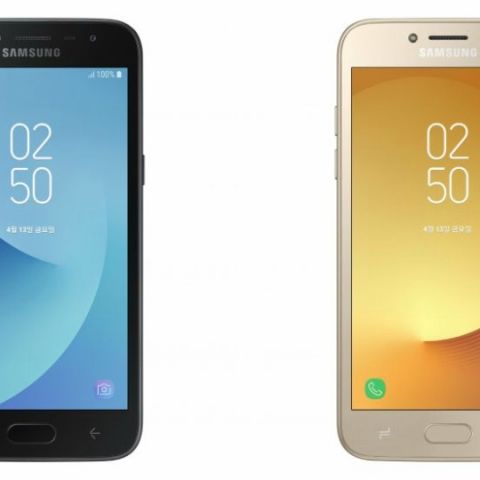 Samsung has unveiled the Galaxy J2 Pro smartphone in South Korea. Its an entry-level smartphone that differs from most other smartphones in one big way - it can’t connect to the internet. The company has purposefully blocked internet connectivity in the phone, so you cannot connect via mobile or Wi-Fi. The phone supports basic features like calling, texting or taking pictures.

The company is targeting students with the new smartphone with the aim of reducing distractions. In its press release, the company stated that it will be holding special promotions for students aged between 18 and 21. Those who purchase the device, can later exchange the device for a Galaxy S-series or a Galaxy Note-series device. The Galaxy J2 Pro also comes pre-loaded with the Diodic4 app that offer Korean and English dictionaries. Besides students, the Samsung is also targeting senior citizens tho might not have use for internet-dependent features.

In terms of specifications, the Samsung Galaxy J2 Pro sports a 5-inch qHD Super AMOLED display with a resolution of 540 x 960 pixels. It is powered by a 1.4GHz quad-core processor with 1.5GB of RAM and offers 16GB of inbuilt storage. At the back of the phone is an 8MP camera, while at the front is a 5MP unit. The smartphone is equipped with a 2600mAh battery.

The Samsung Galaxy J2 Pro is priced at KRW 199,100, which is close to Rs 12,000. It is not yet known if the company plans to launch the smartphone in India. Hopefully, Samsung will allow internet connectivity if it brings the phone here.