The phone is codenamed Winner and will sport three 3.5-inch OLED panels. 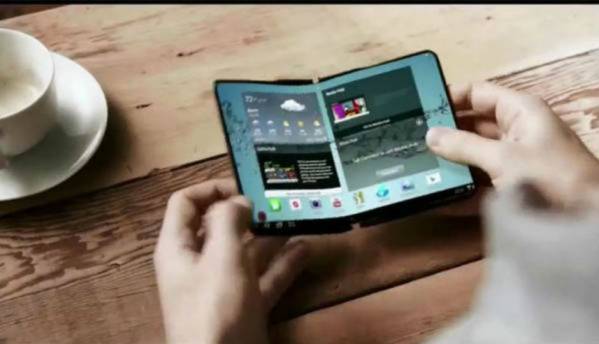 The highly-rumoured foldable Galaxy X smartphone by Samsung may finally release next year at the Mobile World Congress that happens in February, according to a South Korean newspaper The Bell. Samsung is reportedly aiming for a late February or early March release which indicated the phone may see the light of the day at MWC 2019. Per the report, the phone has a codename “winner” which was also rumoured to be codenamed “Valley” previously. Apparently, this is the same smartphone Samsung showcased to select partners at this year’s CES in Las Vegas.

The phone sports a foldable design and features threee 5.3-inch OLED panels where one screen is on the outside of the phone and two is on the inside. When folded out, the two screen join together to create a larger 7-inch panel. However, you can also use only one screen when it’s folded. Earlier, based on a patent filing, it was revealed the displays can run apps independently, and will work as a dual-screen phone.

The foldable Galaxy X has been rumoured for years. It has been confirmed by Samsung Mobile’s head of business DJ Koh during CES 2018 with him claiming that Samsung is making progress in turning the concept into reality. Another report by ET News also claims the phone will go into production in November followed by an early launch in December. The phone will be manufactured in limited first to know the demand.

If true, the Galaxy X will mark a radical redesign of Samsung’s flagships. The phone has been anticipated ever since the company showcased its foldable displays back in 2013.

Samsung is also expected to launch the successor to the Galaxy S9. Called the Galaxy S10, the phone will reportedly sport an in-display fingerprint sensor along with a 3D sensing camera, much like the iPhone X.