Samsung Electronics today announced the launch of Galaxy Grand 2, the successor to the Galaxy Grand phablet, however there is no information regarding price and availability 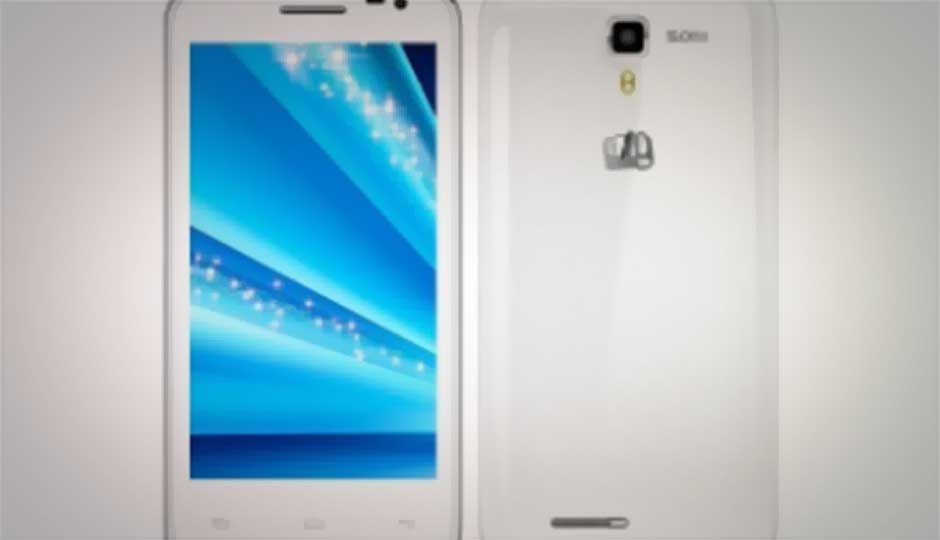 Unlike its predecessor, the Galaxy Grand 2 has a quad-core processor and sports a slightly bigger 5.25 inch 1280 x 720 TFT screen with a 16:9 aspect ratio. It runs on the Android 4.3 Jelly Bean out-of-the-box and is powered by a 1.2 Ghz quad-core processor along with 1.5 GB of RAM. It sports an 8 megapixel autofocus rear camera accompanied by an LED flash, along with support for 1080p recording and a 1.9 megapixel front facing camera.

The Galaxy Grand 2 comes with 8GB of inbuilt storage, expandable upto 64GB via microSD card. In terms of connectivity options, it includes Wi-Fi, Bluetooth, GPS/ AGPS, micro-USB and 3G. The smartphone weighs about 163 grams and packs a 2600mAh battery that can deliver upto 17 hours of talktime, though there is no information on standby time.

The Samsung Galaxy Grand 2 will be available primarily in white, with black and pink variants to be available in select regions. It will also come preloaded with apps like Story Album, Samsung Hub, ChatON, S Health, S translator, S travel.

Check out the table below for key specs on the Galaxy Grand 2. 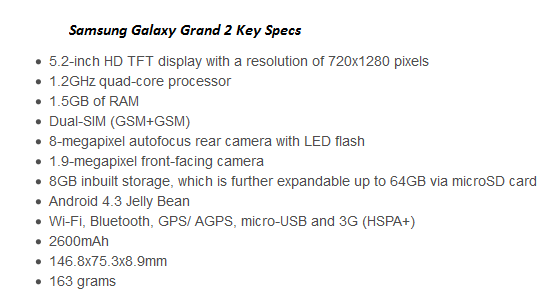