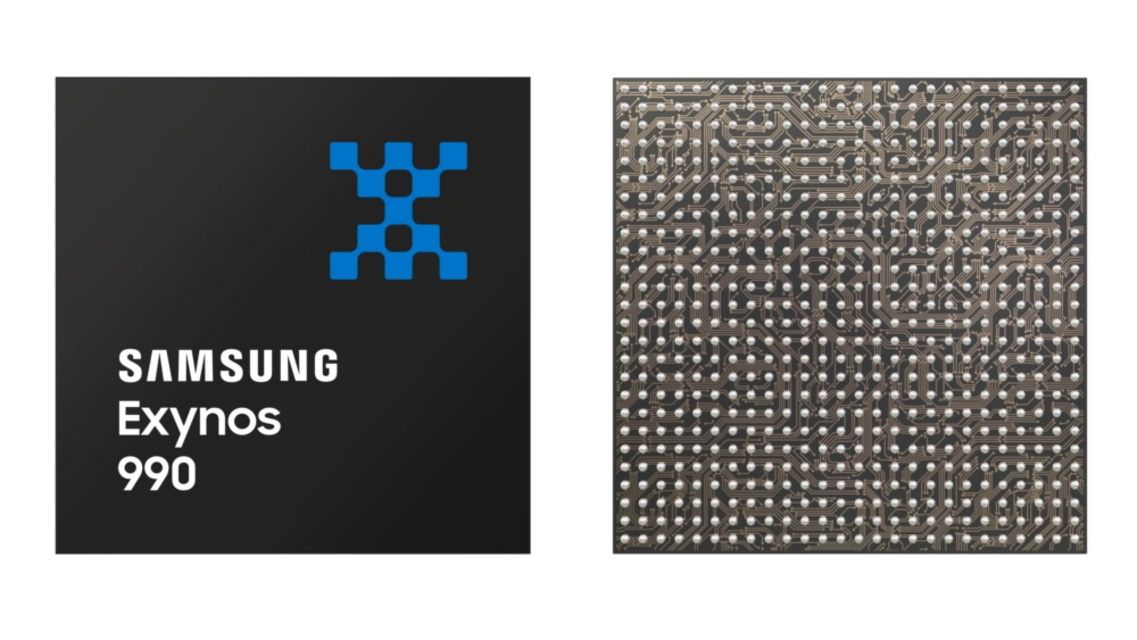 Samsung has unveiled its latest addition to the Exynos 900-family, the Exynos 990 chipset. The SoC uses 7nm EUV (Extreme Ultra Violet) lithography processing technology, which is the same as Exynos 9825 that powers the Galaxy Note10. It is said to provide better battery efficiency. The tri-cluster CPU structure consists of two high-performance Cortex-A76 cores, two custom cores, and four power-efficient Cortex-A55 cores. It has embedded Arm Mali-G77 GPU, which the company says improves graphic performance or power efficiency by up to 20 percent.

The Exynos 990 chipset comes equipped with a dual-core neural processing unit (NPU) and digital signal processor (DSP) that, according to the company can perform over ten-trillion operations (TOPs) per second. As for the modem, The Exynos 990 SoC sports 5G Exynos Modem 5123 modem, which supports a range of networks such as 5G’s sub-6GHz and mmWave spectrums to 2G GSM/CDMA, 3G WCDMA, TD-SCDMA, HSPA and 4G LTE.

The Exynos 990 SoC supports  LPDDR5 with data rates of up to 5,500 megabits per second (MB/s), which is wider memory bandwidth than its predecessor with LPDDR4x. Further, the chipset also supports 120Hz refresh-rate display driver alongside 10-bit video and HDR display support. The new Exynos SoC also supports up to six individual sensors with ultra-high resolution up to 108MP and is able to process three sensors concurrently.

The new Exynos 990 chipset and Exynos Modem 5123 are expected to begin mass production by the end of this year. Therefore, we can expect them to be a part of the Samsung Galaxy S11 launching next year.