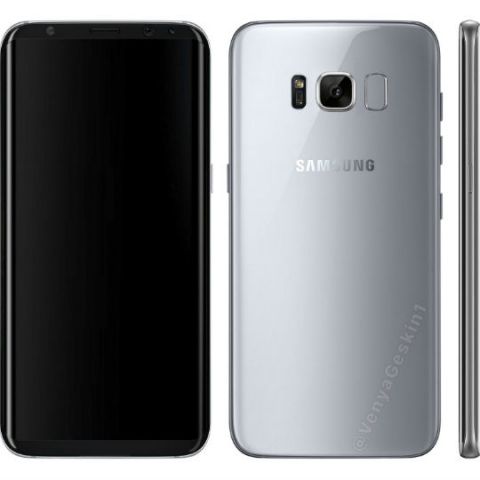 The new Samsung flagship is expected to be made available in three different colours, and finally be launched in March 2017!

A latest listing of the Samsung Galaxy S8 and Galaxy S8 Plus on an Ukrainian retailer's website seems to have given us a clue on how expensive the new, coveted flagship may turn out to be. Spotted by Sammobile, the listing reveals that the two variants of the Samsung Galaxy S8 will each get three colour options - black, gold and orchid grey. As for the price, the standard Galaxy S8 is said to be priced at $950 (approx. Rs. 64,000), while the Galaxy S8 Plus breaks the $1,000 ceiling to be priced at $1,050 (approx. Rs. 70,500). Apple, after all, may not be the only one to price a flagship phone incredibly high this year.

Samsung may not launch the Galaxy S8 at MWC 2017, but according to a report by local Korean media, Samsung’s DJ Koh will announce the launch date of the device at MWC 2017. The upcoming flagship from Samsung is likely to be unveiled at a Separate event on March 29 and then go on sale from April 21. Samsung is rumored to launch two variants of the phone, one with a 5.8-inch display and the other with a 6.2-inch display.

The Samsung Galaxy S8 is also rumored to be the first device to launch with Qualcomm’s Snapdragon 835 SoC. While we can assume that Samsung might launch the phone with its Exynos based SoC in some regions, it is still unclear which variant will be launched in India. Although to recap, Samsung hasn't launched a Qualcomm powered flagship in the last two years in India. The S8 is tipped to feature at least 4GB of RAM with 64GB of storage and more storage options can be expected.

In the camera department, the Samsung Galaxy S8 is likely to feature the same 12MP rear camera with f/1.7 aperture and dual pixel autofocus, introduced back with the S7 and S7 Edge. The front facing camera is suggested to be an 8MP snapper. Going by the leaks, the fingerprint scanner is also moved to rear besides the rear camera. The Samsung Galaxy S8 is reported to feature a 3000mAh battery and the S8+ will be powered by a 3500mAh battery.