Even as Apple gears up for the new iPhone launches, Samsung has already announced releasing the Note 4. 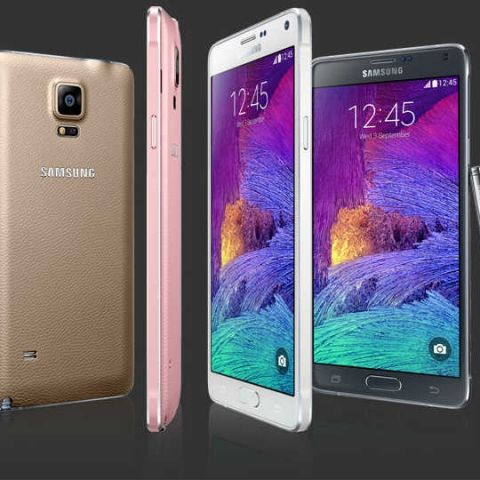 Samsung will release its latest Galaxy Note 4 phablet in the US on October 17. Samsung aims to step up the competition with Apple, which recently launched its flagship smartphone iPhone 6 and a 5.5-inch phablet iPhone 6 Plus.

“Samsung created the large screen smartphone category with the Galaxy Note and we are on our fourth generation, a category others are just entering,” Gregory Lee, Samsung’s Telecommunications America president, said in a statement. “The Galaxy Note 4 delivers a refined Note experience, and the latest technology that consumers want in their smartphone.”

Samsung has been taking dig at Apple for joining the large screen smartphone/phablet race. Even as Apple rakes in record pre-orders, Samsung is apparently making all out efforts to maintain its dominance in the large screen market.