The Galaxy Note 7 was set to launch in India on September 2 but due to battery issues, the device has been delayed by over a month 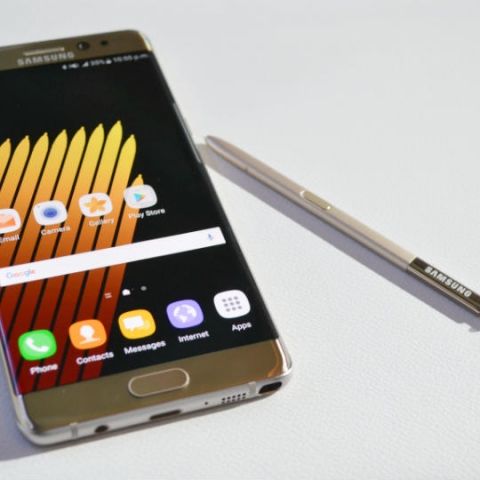 If information circulating the internet is to be believed, then Samsung is all set to relaunch the Galaxy Note 7 on October 7, which is the same day the iPhone 7 and 7 Plus will debut in India. Samsung is expected to have some aggressive marketing behind the launch of the Note 7, aiming to steal some of Apple’s thunder. Whether the South Korean giant will hold a press event for the same is still unclear.

The Samsung Galaxy Note 7 received positive reviews world wide, but then the smartphones started catching fire due to battery issues. Samsung was forced to announce a global recall, which cost the company a lot of money. Further, airlines have started announcing the fact that passengers need to switch off their Samsung Galaxy Note 7 phones for the duration of the entire flight. To make matters worse, a Samsung Galaxy Note 2 recently caught fire onboard an IndiGo flight travelling from Singapore to Chennai.

What remains to be seen is the steps Samsung takes to ensure that their products are flawless. Samsung isn’t the only one facing issues with exploding smartphones. We recently reported a story where an Indian user's OnePlus One bursts into flames while charging.

Coming back to the Galaxy Note 7, here are the specifications of the device. The smartphone has a 5.7-inch Super AMOLED display with a resolution of 2560x1440. Under the hood, the device is powerd by the Exynos 8890 processor and runs Android 6.0.1 Marshmallow. It sports 64GB built-in storage expandable up to 256GB via microSD card. It has 4GB RAM as well. The rear of the smartphone has a 12MP camera and the front has a 5MP selfie camera. A 3,500mAh battery powers the entire package.

You can also check out our first impressions of the Galaxy Note 7 below. Remember, we saw the device at its unveiling in New Delhi and there were no stories about the smartphone exploding at the time.