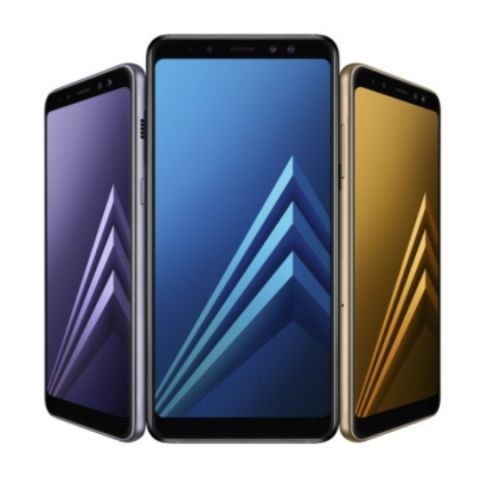 Samsung had unveiled the Galaxy A8 and the A8+ in South Korea recently, but held back on the prices. The company also launched the mid-range smartphones in Vietnam on Friday along with the prices. Samsung has priced the Galaxy A8 (2018) at VND 10,990,000 (Rs 30,980 approx) and the Samsung Galaxy A8+ (2018) at VND 13,490,000 (Rs 38,040 approx) on its Vietnam website. The devices feature an Infinity display and come equipped with a dual front camera setup.

Both devices feature a Super AMOLED display with a 2220 x 1080p resolution and come with a taller 18.5:9 aspect ratio. The Samsung Galaxy A8 (2018) sports a 5.6-inch display, whereas the Galaxy A8+ (2018) comes with a larger 6-inch display. These smartphones also support the Samsung Gear VR, thanks to the higher resolution display.

The Galaxy A8 and A8+ smartphones are powered by a 2.2GHz octa-core processor. The Galaxy A8 comes with 4GB of RAM with 32GB and 64GB storage options whereas the Galaxy A8+  has one 4GB RAM/32GB storage variant and another 6GB RAM/64GB ROM model.

The Galaxy A8 and Galaxy A8+ are powered by 3,000mAh and 3,500 mAh batteries respectively and are IP68 water resistant. They feature a rear placed fingerprint scanner just beneath the main camera setup and sport connectivity options like NFC and Magnetic Secure Transmission (MST).