The One UI is currently available for Galaxy S9 and S9 Plus users in South Korea and the US. 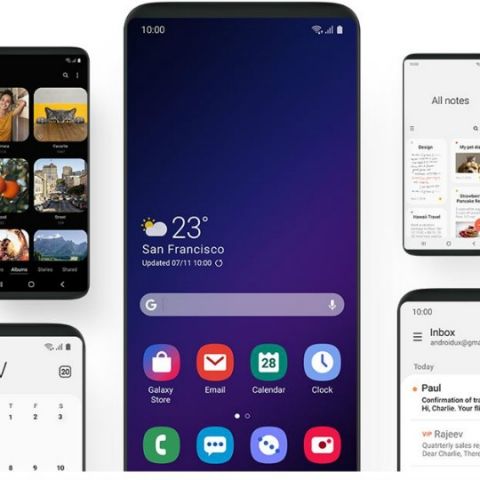 Samsung has been making a lot of new changes to regain the market share it lost to Chinese smartphone brands. Apart from bringing flagship features to the mid-range and the recent announcement of its new Exynos 9820 SoC, one of its most notable efforts is the introduction of the new One UI for its phones. The new UI is radically different from the Experience UI, which is currently prevalent on the company’s handsets and it is now being rolled out for the Samsung Galaxy S9 and S9 Plus smartphones in select regions. The update is reportedly being made available in South Korea and the US for users who have enrolled in the One UI beta program.

The new update brings a slew of new changes to the device’s interface and adds loads of new features. It is tailored for one-handed usage and one can enrol in the beta programme to test it out via the Samsung Members app. After registration, one will need to check if the update has arrived for their device manually by heading over to Software Updates in Settings. However, since the update is being rolled out under the beta program, some bugs and issues can be expected.

With One UI, Samsung has revamped the basic layout on its phones including the settings. There is also a system-wide dark theme and content has been reorganised to help users focus on the task at hand. Interactive elements have been moved to the bottom so that they can be easily accessed, similar to what Google did with the Android 9 Pie update. Additionally, the new One UI is based on Android Pie and it brings improvements to Always On Display, Settings, Samsung DeX, Bixby, Notifications, Samsung Keyboard, Device Care, Contacts, and Samsung Health.

Bixby’s search has been improved so that a user can search using the assistant within apps. Additionally, DeX can now be used while using a smartphone running on One UI. For imaging, there’s now a new Photo Editor PRO tools and automatic Scene optimizer have been added to the Gallery