Samsung might be working on an Android flip phone

Flip phones were a rage back in the day when Moto Razr was a thing. Can they hit the trend again? 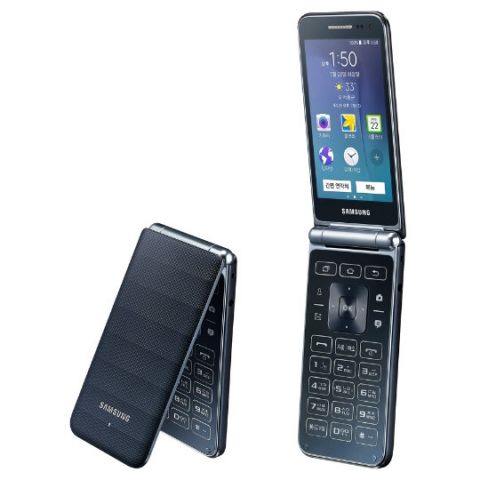 With Android coming into existence, phones with keypads started to fade and today almost all phones aport the flat candy bar design. However, Samsung is still making flip phones for selected regions. New leaked details suggest that the Korean electronic giant is testing a new Android based flip phone in its India facility. The said device is listed as a SM-G160 in a leaked shipment listing. The last flip phone from Samsung had the model number SM-G150, by the name Samsung Galaxy Folder.

The Samsung Galaxy Folder, which was launched last year is only available in Japan and some other south Asian countries. The original Galaxy Folder had a 3.8-inch TFT display  with a 400 x 800p resolution. It features a Quad-core SoC and 1.5GB of RAM, along with 8GB of storage. There was an 8MP camera at the back and a 2MP camera at the front. The device ran on Android 5.1 Lollipop. The device had a good design as far as flip phones are concerned. All that said, the phone never made it to other countries, owing to low popularity of such a form factor. The last Android flip phone from Samsung was launched in India back in 2013.

However, when Motorola recently teased us with a Moto Razr video, we were all looking forward to see a new flip phone, but sadly Moto isn't making one. The thing is, the clamshell form factor is a bit restrictive in terms of space, compared to the regular candy bar form factor. Hence, we might not be able to get the best of hardware in a flip phone. So, the question stands, do we really need a flip phone in this day and age?